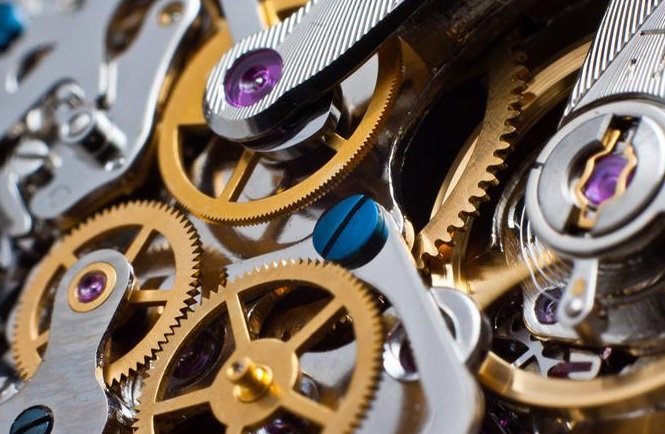 In general, the Orthodox approach has been to accept Rashi’s commentary as though it was from Sinai along with the text of the Torah.  It’s unfortunate, then, when Rashi’s approach takes a very dated approach to things.

The Torah relates (Genesis 12:1-4) that God appeared to Abraham at around the age of 75 and instructing him to follow His directives.  It’s impossible to know whether God spoke to Avraham before this or if this was the first time, and we don’t either know what their conversations consisted of, for the Torah relates but a summary of their discussions.

The midrashim, however, go to town, elaborating to fantastical proportions the extent to which Avraham rejected the popular opinion of the time that idol worship was a meaningful activity.  Putting them all together, one is often presented with an argument similar to the the Watchmaker analogy — a faulty way of proving God yet a meaningful way of substantiating and promulgating his presence and perhaps even continued surveillance once one knows there is a God.  If you’re received prophecy, then you can take the argument from design and begin applying it wholeheartedly.  It’ll no longer really be an argument from design, but rather an application of the concept of a designer to all the things you discover, as you discover them, now that you’ve determined that a God does, in fact, exist.

These sorts of arguments and analogies might have been great ideas when they were first conceived.  And I don’t mean to say that they’re not great ideas even now — one ought to really investigate these matters because they are quite fascinating: the back and forth arguments for and against, the holes, the traps, the rebuttals, the re-rebuttals, and so on and so forth.  I find them to be very intriguing.  But what I do mean to say is that, after reaching the conclusion that these are not really good arguments to substantiate the existence of the God of Moses (and that’s really all we, as Orthodox Jews, will be satisfied with), it’s quite a dated and narrow-sighted approach that shul rabbis will undoubtedly take this weekend when they begin their sermons or drashas (depending on where you pray or daven, respectively) by speaking of Avraham’s early discovery and conviction that there must be a one, true God after having investigated the matter and being able to settle on no other conclusion.

Early commentators and legend-spinners had no trouble getting people of their time to accept such tales because there was no concept back then of freedom from religion.  In talmudic and then Medieval times, the only options were “the God of X” or the “God of Y” or “the God of Z” — but we now know that there are other options available.

If only the proverbial shul rabbi would realize that Judaism is a thing we do because we want to do it — because I really don’t think they get this — perhaps their attempted words of inspiration would do a lot more to inspire us.

Argue more about arguments at 4torah.com.

← Chabad: The best of both worlds
Should we beat up men who refuse to give their wife a get? →