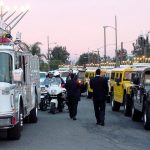 If you weed through all the negativity and Chabad bashing that permeates the Jewish world and beyond, you begin to realize that Chabad is the most practical sect within Orthodoxy. People love to point out the negative cult like traits of Chabad, they love to point at the Rubashkin, they love to point at molestation cover ups, they love to point at their weird obsession with the Rebbe, but seldom do they take a moment to focus on the good. For some reason, Chabad welcomes the ire of religious and non-religious alike. As if everyone was suddenly an expert on whether someone was an apikorus (I especially love how people point at the meshichism is against the Torah and don’t keep shabbos themselves) and forgot that Chabad is known for its kindness, hachnasos orchim, and their willingness to go where no one else will.

The other reason why I think Chabad is so great, is the fact that despite their Chasidic tendencies, they have not gone down the dark path of fanaticism like most other Chassidic groups. In fact, they embraced the internet, fashion, art, music, culture, and so many other things banned by pretty much every other Black Hat group out there that it’s no wonder that they draw the ire of those more fanatical who point at their modernity as distinctly non-frum.

Not everyone will agree and I’m almost certian that former chabadnicks will jump down my throat by saying that I have no idea what I’m talking about, but Chabad with their open minded relation to secular society as compared to all other black hat groups, is basically a melding of Chassidism and Modern Orthodoxy. It’s not a crime for women to learn gemara, get an education, read a poem in front of men, or go out for a drink. Although the BT plague of denying their former lifestyles hits Chabad BT’s just like everyone else, their high numbers of formerly secular Jews are probably the biggest reason why Chabad has embraced the talents of those who do things that many other frum folks would deem treife.

I know that someone is going to say that in their town, chabad came in with a contract that they wouldn’t open a shul and compete directly and did it anyway. I know of chabads that made the local shul build a mikvah to their specifications and then went ahead and built their own anyway. The chabad that kicked the local kollel kids out of the school. The chabad that made a party for the local molestor who just got out of prison, and the chabad that disowned their children for going off the derech. That sucks, but everyone can point to isolated cases of criminal activity and assholery. If I saw thousands of Chabadnicks rioting against hipster bike riders and supporting molestors, then I may change my views.

Whenever I read about a chabad art gallery or rabbi getting into fashion, I am proud, but I’m sure there are haters out there who merely see yellow flags, l’chaim’s to a dead Rebbe, and Rubashkin being paraded off to jail. They don’t see that someone can become religious and keep many parts of their former lives, they don’t see that someone in Hawaii now has a minyan for shabbos, or that it’s possible to get shabbos candles on college campuses worldwide.

55 comments for “Chabad: The best of both worlds”