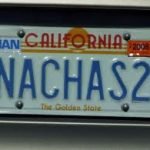 I used to tag my posts as humor or satire, I stopped doing it in the name of satire, my life has been exponentially better since then. You see, I don’t really write for anyone but my self and a few close confidants. If someone else reads it and it makes them think or brings a smile to their face, I’m truly glad, but I cannot really cater to any specific people. This is why I don’t hold hands and explain to you my true meaning. You take what you want out of it and that’s why I think this blog has lasted the test of time.

The audience changes as I change, but one thing that has always remained priceless are the comments. It’s true that with our dwindling attention spans, comments tend to stay on Facebook and Twitter, but I find the lack of comments to actually improve the comments I get on the blog. Trolls seem to be more fun nowadays and once in a rare while I receive a comment from a first time reader who obviously had no idea that I was being tongue in cheek.

In fact, last week I posted something about how Skvere Chassidim were the champions of achdus and one would think that the title would obviously be implying satirical essay. However, I had the great pleasure to discover that on Twitter it was retweeted by a Skvere account that only retweets positive news pieces about Skvere and chassidim in general. I didn’t have the heart to tell those fine folks that I was completely joking. The jokes on them for not reading the complete article.

Then there was someone from the other end of the spectrum who had taken the article a bit too seriously and felt the need to tell me about Deb Tambor and the arson murder case that was swept under the rug. I can’t tell you how much nachas I shepped.

Last night I noticed a comment on another post that was a shul review put up last week. The comment was a long tirade about how much loshon horah was on my site and how I’m an evil little shit who will rot in hell for poking fun at their shul. It brought me back to the early years, before I was household name, when pretty much every comment was about how I was going to gehenom and ruining my shidduch resume for all the slander, letzonus, and pritzus that I posted.

I think a lot of bloggers forget to have fun while blogging, we tend to get caught up in the issues of the day and take ourselves to seriously. Serious comments get serious responses from me, well at least the original commenters tend to think so.

← You have all got to see this
Rav Ovadia Yosef: The last lenient gadol! →

8 comments for “I love when people take me seriously”