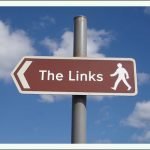 If you are reading this site, the chances that you have seen many of the articles I am going to link to below is quite high. However, I do know that many of you are not fielding emails from rabid fans telling you what you “need” to write about, I can’t be sure that everyone is fully informed of all the different Jewish articles of recent note.

Unless you’re living under a rock, you must have heard about the Pew Study on American Jewry that came out this past week. You need to read the actual study, but it’s not too shocking, but still an interesting read.

Noah Feldman who is a professor at Harvard wrote an interesting piece about Lakewood and it’s not really all that damning, except for that part about how they received 10.6 million to build a new library.

Not sure where Eliyahu Federman came from, but he’s been slamming out controversial pieces every other week and this one is about when religion turns into a cult, a lot of sounds like Ultra Orthodox Judaism.

Don’t go off the derech in New Square, they won’t bury you there. Ha’aretz has a good write up of the Deb Tambor tragedy.

Chaverim of Monsey can now be checked off your list as one of the charitable organizations not to give money to. Not sure about you, but anyone who welcomes home a registered sex offender with a melave malka is a bit off. Now if only we had a list of organizations that did this sort of thing.

On some of the frum news sites, the attack on Open Orthodoxy or YCT, is ongoing. This piece is actually quite good, but in the end liberal orthodoxy is such a small segment of orthodoxy that won’t go to far because as we have seen liberal minded religious Jews tend to leave Judaism.

As always you can search all your favorite Jewish stuff on 4torah.com

4 comments for “You have all got to see this”