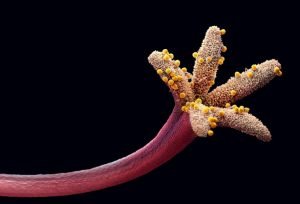 Last year, a few divrei Torah focused on how we might view the entity known as “midrash.”  Summarizing the approach taken by Maimonides, I explained that midrash is to be taken seriously, but not literally.  Midrashim might appear as silly nonsense to the uninformed viewer or the careless scoffer, but they provide rich meaning to life, revealing the sages’ messages in storybook terms – much like glorified Pirkei Avos in poetic form.

So when the meaning behind a self-contained midrash is debated by the feuding schools of R’ Akiva and R’ Ishmael, I am inclined to take the side of the latter, which invariably explains away awesome tales of mystical proportions as allegory.

But that is not the only way to see midrash – as allegory.  Midrash can also be disposed in the manner of the Maharatz Chajes – as pure exaggeration.

The question then arises, when do we look for allegorical means of explaining away the metaphysical crassness of a midrash vs. tossing it to the side and saying “this is the result of fanciful Akivan mental gymnastics” that does more harm than good?  Well, we need to each have a spiritual advisor who can both follow us down dark avenues of mystery and lead us down paths of clarity.  If you do not have such an advisor, I recommend you find one.  In the meantime, I provide my own insights.

I had what I thought was a really nice dvar Torah for last week – but it was the first time I had attempted to post in a while, and technical difficulties got the best of me.  But it so perfectly elucidated the problem we face as contemporary Torah Jews in the 21st century that I did not want to wait until Parshas Noach 2014 to put it up, and so I append it here as a segue into Lech Lecha.

Last week is a difficult parsha.  The stories of both the flood and the dispersion are so fraught with difficulties with concordance that I dare not attempt to debate the matter in anything less than a full book’s worth of text – I daydream that R’ Slifkin will ask for my insights when preparing a draft for a book on the topic, but alas, I flatter myself.  Suffice it to say that I take the biblical account of both the flood as the dispersion as allegorical, and if you’d like to discuss that in greater depth, merely respond with such an indication and make sure to include your email address in the space when signing your post in and we can do so privately.

But the commentary of Rashi leaves those of us who’d like to accept his words with some degree of trouble.  Remember, now, that Rashi lived from 1040 to 1105 and, from his perspective, there was no reason to assume that the great flood didn’t occur and that our beloved Noach, the righteous man of his generation, did not survive the destruction borne on an ark along with the animals he saved.

But even assuming that the degree of universal distortion that needed to occur to make the story viable and the plot holes inherent in the textual description were not enough to make one doubt the entire thing – pretend, for a moment, that we are in the year 1340 reading Rashi’s 200 year old commentary – there is still something too troubling to overlook.

The verse describes that “hishchis kol basar es darko” – “all flesh had corrupted its way.” (Genesis 6:12)  Rashi was bothered that the verse said “kol basar” (all flesh) and not “kol adam” (all mankind).  To solve this riddle, he proposes the following: “afilu beheimah, chaya v’of nizkakin l’she’einan minan” – “even the members of the animal kingdom consorted with dissimilar species.”

I remember being in 6th grade, when the rebbe, I think, first attempted to apply the critical analytical method of dissecting Rashi known as “let’s try and discover what was bothering Rashi.”  It’s a great way to think about things, wondering what it is that Rashi found troubling in the verses that he felt he needed to answer for.  The problem here is that Rashi makes more trouble than he solves by explaining things in this fashion.

Rashi’s trouble here was as follows: Granted, mankind had become corrupted.  Whatever they were doing as a whole it angered God enough to decided to end the world.  But rather than destroy everything and start from scratch, we can keep the universe intact and even the actual planet Earth.  The rocks and the dirt and the silver deposits in what would later become Laurium could all remain.  But the people – as a group, they were apparently so rotten that they needed to be replaced.  So a 99.99% method of destruction was devised and God would wipe out all the people save for a handful and start mankind over.

That, for Rashi, made sense.  But as he read the verse, Rashi saw the words to have been chosen carefully in a way that included more than mankind.  “All flesh” and not “all people” had to include the animals as well.  And now for Rashi’s quandary: what did the animals do to deserve utter destruction?

The Ishmaelian has no problem with animals being wiped out.  Animals are, as Judaism sees them, robots.  Robots can be programmed to respond to any stimulus A with response A, or to stimulus A with response A, B or C, depending on co-factors D, E and/or F.  So too, animals just walk (or swim, crawl, slither, wiggle, fly, jump and burrow) around, minding their own business until they are met with a stimulus.  They then react with instinct.

So to suppose that animals consorted with animals of dissimilar species is an effacement of what it means to be an animal.  Animals don’t do that.  Only people have free will to do as they please.  And so animals are never punished.  People might think they are punishing an animal, but it’s really just conditioning.

So how does Rashi proposing that the animals were sleeping around solve the problem?  It doesn’t – but now we have a whole other can of worms to deal with:

1)      How can animals have the free will to disobey God?  Oh, so these animals were not really animals.  Rather, they were really people who merely took the form of animals, much like the snake in the story of the Garden of Eden, who could speak to Even, perhaps even manifest sexual desire for her, and ultimately be punished by God for transgressing His directives.  Conveniently like  Rudyard Kipling book, the snake ends up pretty similar to what we call snakes in 2013, but then it might just as easily had said that there was Adam, Even and Gregory in the Garden, and Gregory was messing around with Eve, and so God punished Gregory, a sentient being with free will and human desires, turning him into a snake.  We’ve already dealt with this sort of a notion with my Jabberwocky example.

2)      All flesh was corrupt, and by that we must mean sexual transgression.  But plants also reproduce utilizing sexual reproduction.  Ah, but no one knew that in the 11th century.  Rashi didn’t know that pollen is tree sperm.  And when we see dogs or tortoises mating, there is an eroticism involved – hence the rabbinic prohibition to view animals while they during copulation (KS”A 151:2).  But the Kitzur Shulchan Aruch does not prohibit watching fish reproduce because most fish engage in external fertilization, and without a “sexual act,” there is no problem of adulterating that process.  So, too, when trees participate in sexual reproduction, there is no opportunity for licentiousness.  But are we discussing licentiousness here or the opportunity to cross-breed?  Plants can cross-breed – did they not do so in the time before the flood?  And animals, as a rule, engage in homosexuality and adultery and rape and incest and all sorts of other sexual practices frowned upon by Judaism.  Why are they not punished for those misdeeds?  Well, because animals are not punished, ever.  They don’t have the luxury of free will and so they don’t have any responsibilities, and so no liabilities.

I think that, at the time, Rashi wondered why the animals were going to be destroyed.  But he took a very Akivan approach to this.  The animals were doing the wrong thing.  How very mystical.

The Ishmaelian approach is much simpler: the animals did nothing wrong.  But we don’t need an answer because there is no question.  Animals are not in existence for themselves, but for us.  We were created with a world and if the people are to be destroyed, of what purpose is the world?  But people don’t care about sticks and stones – there’s never been a Save the Rocks Foundation.  So if God would have destroyed the rocks, no one would have gotten the message.  But to destroy the animals, even though they didn’t do anything, fits in nicely with the notion that the animals are here for us and if we’re being destroyed, the animals are not around for a purpose anymore, and so they go, too.

R’ Akiva, though, needs to expound on everything.  Why were the animals destroyed?  He needs a reason.  And when the reason creates more questions, it’s alright to leave those questions unanswered because that’s the Akivan way – to produce as much mysticism as can be, to not be able to solve things with a rational approach and to develop as much Torah (read: teachings) from as little substrate as possible, never mind the consequences.

Find out more about Akivan mysticism and Ishmaelian rationalism at 4torah.com