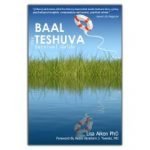 I can’t think of anything much worse than having a newly indoctrinated Baal Teshuva giving you mussar. As if several beautiful and inspiring shabbos meals, followed by some Aish discovery brainwashing gave them the right to rebuke me, don’t they know that I’m a member of the FFB master race. Do they think that their inspiration should allow them to rain on my parade of half assed Jewish practice that is the norm within the culture I grew up in. What gives them the right to poke at my Jewish faults?

I find that I’m more than willing to accept the mussar from Rabbis, fellow members of the FFB master race, or people with beards. In general I don’t take too kindly to mussar from people I don’t know or who haven’t been frum for at least a decade and have lived in a mainstream Jewish community. If you became frum in a place that doesn’t have a pizza store, I’m not sure that I can relate to you.

I’m not certian that Baalei Teshuva are properly taught about the fine tuning when it comes to relating to members of the FFB master race. I’m fairly certian that those responsible for most of the indoctrination aren’t teaching Baalei Teshuva about refraining when it comes to interpersonal frum relationships. Just because last weeks fire and brimstone mussar shmuess about coming on time to shul got you riled up, doesn’t mean you have a right to go and nudge those who weren’t inspired enough to come on time.

BT’s who give mussar tend to mean well, but they usually don’t understand what it’s like to grow up frum and uninspired. Save for the very few people who become frum because it somehow made sense to them, most BT’s get into it because they drank the koolaid. During the frum insulin spike they tend to go a little nuts and feel that anyone who isn’t inspired like them, must need tons of self help. Listen up you Abominators, shut up and take your inspiration elsewhere. Grow a beard, deal with community politics, learn some yeshivish, hang out in Flatbush for a couple of years, and then come back to me.

13 comments for “BT Mussar is an abomination”