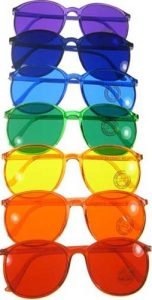 It’s certainly been a while, but I think it’s time to revisit our weekly travels together through the Torah.  Before we begin, I’d like to re-examine my purpose here.

Those in the public eye will have their detractors, and some of you happily fulfill this duty.  You may rebut my position, my assertions and my attitude, and to you I say — perhaps what I write is not for your consumption.  And not because I’m writing things that I fear only you can successfully attack.  It’s because the positions I hold, the assertions I make and the attitude with which I express them are legitimate, although your eyes may not need to see these things and your ears may not need to hear these things.

For example, I was at a shalom zachor last Friday night and between the various speeches and divrei Torah given, at least 10 explanations were provided as to why Orthodoxy celebrates the births of boy with a shalom zachor but that there is no similar party thrown for the birth of a girl.  What I gathered from the multitude of explanations was that none were actually explanations at all — rather, they seemed to be excuses.  Only one of the explanations given amounted to a nafka mina (practical consequence) between having had a baby boy vs. a baby girl, and the question kept begging itself, “well, if that’s the reason, it applies equally for a girl.”  I do not know why the tradition of having a shalom zachor originated, and perhaps more importantly, I do not know why it has been perpetuated (because it seems that no one can remember why, and we have to come up with 10 possible reasons) but it seems quite obvious to me that the sociological pressures of male-dominant society helped to a great deal.  Yet no one wants to say that out loud, so instead they’ll get up and say that the party is to comfort the baby who was just spending 9 months learning Torah in the womb before being smacked on the lip by an angel — never mind that both males and females possess a philtrum (that’s the anatomic term for the indentation), and never mind that gentiles possess this as well, as well as quite a number of other mammalian species — see here for the philtrum of a dog.  Are dogs learning Torah now, too.  I’ve heard you can’t teach an old dog new tricks, but maybe when it’s still a fetus that doesn’t apply.  And this was a new one I never heard before: that the shalom zachor originated as the rabbi going over to visit the house of the newborn because there’s going to be shailos (halachic questions) about Shabbos observance once a newborn and a post-partum female are present.  And when the rabbi goes, of course his gabbai and shamash and other attendants go along, and mimeilah, you end up with a party in the house — this is also a gender-neutral explanation.

The funny thing is, though, that of all the people at the shalom zachor, the father of the baby was perhaps the most earnest.  I don’t know him well, but what I do know is that he’s a very sincere individual who doesn’t imagine a world in which miracle overrides matter.  He even erroneously referred to the birth as a neis nigleh (overt miracle).  Call it what you will — a wonderfully amazing part of life, perhaps — but it is most definitely not a miracle.  A miracle, as I like to refer to it based on a Humean philosophy professor I had at YU, is an apparent violation of nature, and childbirth could be no less a miracle, because it is, decidedly, a very integral part of nature.  But this father wears lenses of awe, as do many others.  And so do the hecklers — many of them wear lenses of awe.

I do not.  And so those who do have a difficult time seeing what I see in the way I see it, and the can’t fathom where I’m coming from and where I’d headed.  So I advise you to stop here and apply a DRosenbach filter to your search tools.

For everyone else, fan or indifferent, I’d like to return.  I’d like to get back to picking apart the Torah to reveal that Judaism is not the mystical entity that everyone pretends it to be, but that this is merely one incarnation, and when there are those of you out these who choose not to see things in that fashion, you can rest assured that it’s not the only way.

Looking forward to another go at it…see you next week!

Find out more about Jewish mysticism and rationalism on 4torah.com.