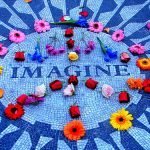 While the Satmars of Williamsburg are trying to shield their helige eynaim against the filth perpetrated against them by Satan hipsters and their skinny jeans, the Skvere Chassidim in New Square New York enjoy an idylic life of holiness uninterrupted by the ills of society. Despite the fact that the media has tried to guilt them by placing them in one of the top 5 poorest towns in America, Skvere chassidim stand proud and are considered one of the last remaining bastions of authentic Torah Judaism in the world.

Unfortunately the liberal Jewish media has tried and failed to lampoon the Skvere Chassidim in numerous ways, for some reason they are obsessed with the fact that two thirds of the town is on welfare or some form of government assistance. I always thought the liberal Jewish media would praise those citizens for such support of New Deal type of programs, yet the antisemitism is blatant. When a man by accidentally burned down his house because his shabbos lamp wasn’t approved by the community kasharus board, he claimed that the Rebbe and his henchmen fire bombed his house to get him out of town. That scandal cost the community dearly in legal fees, but luckily their faith in their Rebbe was strong.

There are even some Jews, including some supposedly Orthodox ones, that claim New Square to be a cult. I’ve never been certain how Skvere could be a cult and Modern Orthodoxy wasn’t, but they claim that there are no freedoms to conduct one’s own business in town. These people do not realize that the Skvere chassidim have customs which may vary from their own and in the classic racist sentiment, many who do not understand, resort to name calling.

Did you know that Skvere Chassidim are one of the few sects within Orthodox Judaism that doesn’t sit shiva when one of their own leaves the path? They do this out of pure respect, they don’t want to bring the person into public view and have people talk loshon horah about them, they simply let them go on their on way without drawing attention to their mishaps.

I have heard diverse groups of Jews say that Skvere is their roll model for Judaism. Imagine a place in which men and women use separate sidewalks on their own volition. So tznius and holy are the towns members that they merely follow the halacha without being told. Such free will exists in New Square that instead of a dictator Rebbe like many other sects, they have a town mayor, board of trustees, town clerk , and a justice of peace. If not for such things, they become just like any other sect of Chassidim with no justice.

Skvere are the superstars of the Chassidim with their openness, hachnasos orchim, and acceptance of all Jews who are willing to abide by their simple rules. I hope that everyone can learn from the Skvere Chassidim and love all other Jews exactly as they do.

← Frum woman for older bucher
Why are we getting frummer and frummer? →