I’ve gotten this picture from several folks and I just don’t understand what the big deal is? I think it’s like anything most of the klal is not used to and would be the same response toward any mitzvah in which the women is not chayiv. Why do we let women eat in the sukkah without an uproar, yet when they want to put on a talis, daven, learn navi and chumash, we just sit idly by while they do things that are not required of them. Isn’t it obvious by now that any woman who wants to go beyond the letter of the law is just doing it to show that they are equal to men? Men going beyond the letter of the law and doing things that are not required are congratulated, yet women are chastised for being feminists and I understand the fear of the breakdown of the shtetl myth mesorah we have created for ourselves. 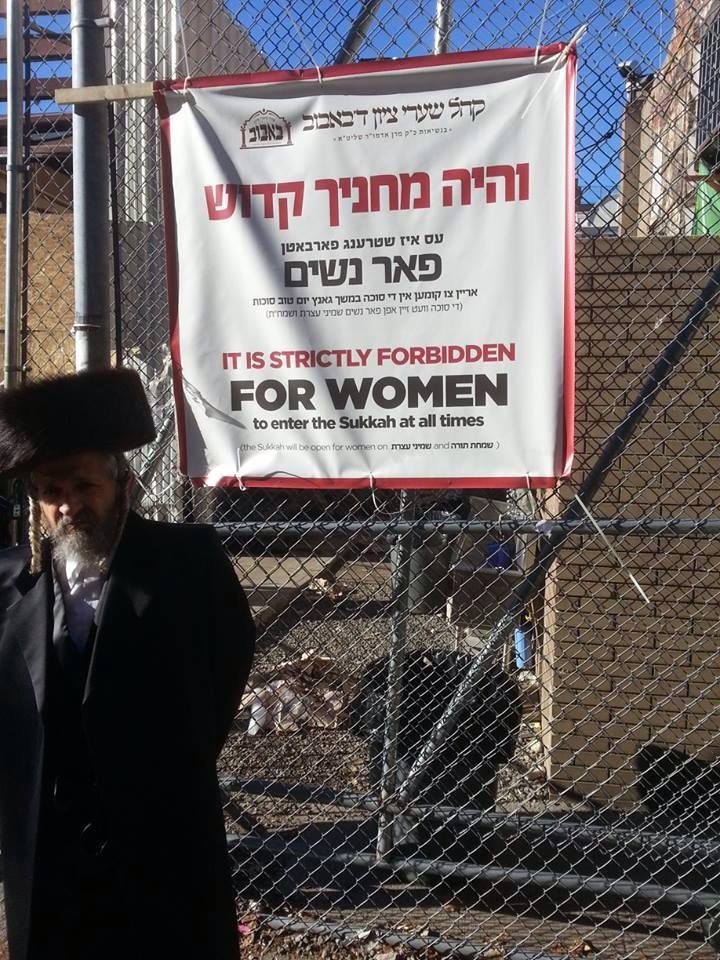 Kudos to Bobov for being the first to publicly acknowledge this common breach of halacha in many frum communities.