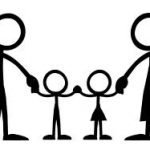 When you live out of town, you don’t get the frum magazines until months down the line. You might absentmindedly walk out with the shul’s edition, the one that says DO NOT REMOVE written across it in black marker, and it’s such a relief to have new Jewish reading material in this outpost of frumkeit that you figure meh, it’s probably better off here in my home anyway. At least it’s good for shabbos. Then you open it one day and are reminded of how absurd some of their articles are. Forget the fact that the punctuation is so bad that you sometimes have to read it four times before it makes sense, forget the misspelling. The articles can be so bad they’re insulting.

I hitched a ride home with this girl the other day that works for one of our local religious organizations, and she was kind enough to pass on an issue of Mishpacha’s Family First containing an article/op-ed/fake letter to the editor…who knows what they were trying to accomplish with this one…called “Musings of a Good Neighbor”. It’s sort of a stream of conscience of one horrid, stereotypical yenta who has taken it upon herself to speculate why her new next door neighbors are of her same age, have been married the same number of years she has, yet they still don’t have children.

This “good” neighbor is truly bothered by the size of the couple’s home (given the fact that there are no children), whether or not she should tell the wife about the doctor her cousin used to finally conceive, whether or not they should be asked to be kvatterin at a local family’s bris next week, and finally peaks in a wail of “This is just so hard for me…. Why couldn’t we just have had a normal family move in next door?”

If this sounds harmless to you, let’s pretend it was an article written about the overweight couple that just moved in. Would it then be appropriate for the nosy neighbor to make it “so hard” for herself while trying to decide where her part is in “helping” the couple? And is it ever okay to call someone that doesn’t have it as easy as you anything less than “normal”?

There’s that part of me that fantasizes about being that childless couple, crouching behind the curtains while looking over the fence at the yenta and her brood and thinking, my gosh, when did she get so bored with all that G-d has given her that she started to be more interested in me than anything else?

← Wave money not chickens!
I have offended you, it was probably on purpose →