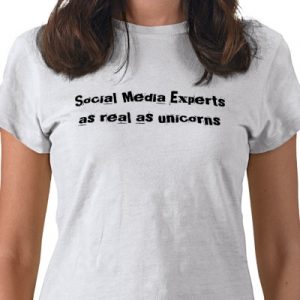 On a daily basis I get emails from dozens of frum people trying to sell me social media services, I have also recently started to receive calls from former classmates of mine who couldn’t do the kollel thing and went “into” social media. I’m not sure when the trend started, but it seems that Social Media has become the latest thing for yeshiva guys to get into. I guess it’s similar to cell phones, pagers, real estate, nursing homes, car leasing, Ambit, and whole laundry list of things that one doesn’t need to build a resume to get into. It seems that the social media industry is now filled with a bunch of folks who feel that keeping up with Mashable and reading online tutorials can monetize your blog and get your you tube video a million hits.

Sure, I know some SEO experts, two yeshiva dropout friends of mine have been very successful, but it wasn’t overnight. They’ve built up reddit, digg, yelp, twitter, youtube, and facebook accounts that they could sell. They sell yelp reviews, they build sites that they make viral and can live off the advertising. Not everyone can do this and luckily for most of these so called “social media experts” the frum community is just catching up to the rest of the world in technology. There are but a few people who don’t use the internet regularly and it’s hard to find someone who still complains about how twitter is just a bunch of people telling you what they had for lunch. I myself have twitter, but I rarely tweet.

Don’t get me wrong, I think it’s great when frum people figure out how to market their wares and make some money for themselves, I just don’t like the embellishment. If you just watched some videos and read some blogs, you’re no social media expert. I’m still waiting for someone to come and subsidize my blog, because generally small time blogs do not make money from advertising. I’m getting between 60k-80k unique visitors a month and breaking $400 is hard to pull off.

I guess it’s also ironic that the same people who hold Daas Torah to such high esteem are the same ones going against their internet bans and chumros and trying to make money from this evil thing we call the internet. I’m certian that some people would go as far to say that making money from the internet is like holding a shul dance in order to pay operations expenses.

← Why do they hate us?
Have your next sheva brachos at Wendy’s →

14 comments for “When did social media become the new yeshivish industry?”