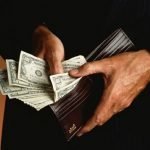 The High Cost of Being Jewish

By Richard Lederman author of the Religious Humanist blog

Serious Jewish journalism consistently laments the high cost of being Jewish. So why is being Jewish such a financial bust?

‘Cause it has to be! It’s God’s will. It says so in the Torah. Take, for example, the command, “You shall not boil a kid in its mother’s milk.” This command is given three times in the Torah in three different contexts, which, in and of itself, is rather remarkable. In none of these contexts is it clear what this verse means. It is in the context of eating only once. But what does it mean? Why would a person boil their kid in its mother’s milk? I know that mothers might think of strangling their kid, or tearing the kid’s tongue out, or sending the kid to her room without supper. But boiling her in her own milk. Why, by the time you want to murder your kid, you’re not even lactating anymore.

Well, who knows what it means, but we sure wouldn’t want to violate this principle. It is, after all, God’s commandment. So let’s just not boil any kids in anything. Calves and fawns can be boiled, but not kids. That’ll work, no? We’ll roast kids, bake them, sauté them in olive oil, but no boiling. That way, we can be sure to avoid violating this principle.

But no! That wasn’t good enough. How about just not boiling any meat in any milk of any kind. Nope. Not good enough! The best way to avoid violating this divine commandment is to keep the eating of meat and milk separate. If you’re eating meat, don’t drink milk with it. In fact, don’t eat or drink any milk product with meat. That way, you can surely avoid violating God’s Torah.

Phew! I’m glad we solved that. Just don’t mix the eating of meat with milk products and you can maintain your covenant obligation to God. But wait. Wait!!! What does it mean to eat these things “together”? Does it mean putting these things into my mouth at the same time? What if I take a bite of meat, swallow it, then take a swig of milk—or vice-versa? Well, I really should wait in between these two categories of foods just to be sure to avoid boiling a kid in its mother’s milk.

OK. Another problem solved. But wait. Wait! What if I’m eating meat from a plate that had milk on it? I might be boiling a kid in its mother’s milk. You never know about these things. It could be that the milk on the plate came from the mother of the animal that I’m eating on the plate. And the hot meat could get the residual milk on the plate to boiling and I would be boiling a kid in its mother’s milk, violating a Torah principle. You never know! Now let’s get serious here. Please don’t bother me with details like maybe I only drink cow’s milk and I’m eating a lamb chop, or a piece of chicken!

In fact, get flesh of all animals off that plate to avoid even the appearance of having boiled a kid in its mother’s milk—meat poultry, fish! Fish? What about fish? Can you boil a tuna in its mother’s milk? Don’t be silly! Fish don’t give milk. Besides, who would ever confuse a tuna steak with a rib eye steak. They look nothing alike. Not like a chicken drumstick and a lamb chop. I see how you might confuse those two things. So fish are neutral. They’re not really meat. Fish is a vegetable.

OK. I think we’ve solved the problem. The Torah says don’t boil a kid in its mother’s milk. I wouldn’t want to violate my Torah obligations, so I won’t eat meat with any kind of dairy product. Indeed, I’ll make sure I wait a certain period of time between these two types of products. I’ll even have two sets of dishes, a costly commitment in itself, so that the residual milk on a plate which may be from the animal whose meat I’m now eating even if the meat is lamb and the milk is cow’s milk that might come to a boil from the hot lamb on my plate but if it’s not lamb but beef it could get the milk to boiling even though it’s not a kid in its mother’s goat milk but you can never be too careful when it comes to observing mitzvahs. I’ll even be extra sure by counting fowl as meat so no one gets confused, but fish is a vegetable.

But wait. WAIT!!! The problem is not quite solved. What if I put my meat plate in the dishwasher and there’s some residual milk left over from a dairy meal. And what if the milk is cow’s milk and the meat dish held beef and the milk is from the mother of the animal that provided the beef and the dishwasher heats up and gets the residual milk to boiling, which mixes with the residual beef. Then I could be boiling a kid—OK, well not a kid, exactly, but something like a kid—in its mother’s milk. I’ll definitely want to avoid this. No problem. I’ll have two dishwashers… and two sinks, refrigerators, sets of counter—in other words, two kitchens.

So why is it so costly to be Jewish?

Richard C. Lederman Ph.D. is the author of the Religious Humanist blog, this is his first guest post. I don’t know much else because this is the first email I’ve gotten from him.

13 comments for “The high cost of being Jewish”