You’re a holy yeshiva bochur, you’ve gone 3 days without seeing a woman, now you have to go to CVS for some narishkeiten, what do you do? 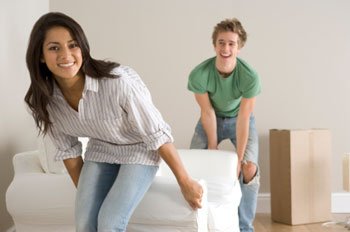 The life of a yeshiva bochur revolves around controlling thoughts that lead to illegal erections. A quality yeshiva bochur will do everything he can to not see or think of any woman so that his out of control hormones don’t do what they’re designed to do and beg for release after his roommates have fallen asleep. He will stay within the holy walls of the yeshiva building or campus for as long as he can hold out without going postal, whenever he thinks of a woman he’ll start to furiously scratch his non-existent beard, shuckle like the late Mirer rosh yeshiva on a bad day and scream out some words of gemarah in an effort to convince both himself his chavrusah that he’s truly a yorei shomayim, and of course to banish the seductress, or his sister, from his mind.

So there I was, walking to CVS for some much needed narishkeiten like soap or toothpaste or something when a woman hails me from the entrance to an apartment building. “Sir, can you help me?”
Panic stricken, I quickly cast about for an escape, can I pretend I didn’t hear her? Too late! I already looked her way. I look around some more believing that there will definitely be some goy handy who’ll be more than happy to take my place, but hashem, in his infinite wisdom, had decreed otherwise and there was no goyish rescuer. I took a second look and saw that she was standing there with a bed frame which she was trying to get into the building.
Resigning myself to two weeks of accompaniment to my onanism practices, I went over and helped her get the bed frame through the door and up the elevator.

Now obviously I wasn’t a good yeshiva bochur, the quality bochur would have ignored her and walked faster until he was out of earshot and the chilul hashem was complete.

P.S. that encounter, and especially the fact that it was bed frame that she needed help with, provided more than two weeks’ worth of accompaniment.