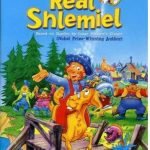 “A Jew, an American, and a Baal-Teshuva-Schlemiel: A Few Words on Shlemiel a Documentary”

If it is to grow, change, and thrive, every new or emerging culture needs to see itself.  Whether in film, comic strips, or novels, all artists worth anything will tell you that works-of-art can help a culture to take account of itself: where it’s come from, where it’s at, and where it’s going to.  That said, I think its imperative that people who ‘return to Judaism’ (Baal Teshuva) – like myself – see themselves.  And I’m not alone.

Chad Derrick, a Toronto filmmaker, shared this need as he too was in the process of return.  And as a part of his understanding what it all means to be a Baal Teshuva, he decided, after meeting and talking with my wife at a Matisyahu concert, that I would be a good subject for a documentary.  Chad, initially, was interested in filming me because I was a Baal Teshuva who started a band named Men With Babies. The band was just starting to enter into the Toronto Music Scene and there was a lot of excitement in the air.  But my back-story and my Jewish-music-project were not like Matisyahu or YLove’s; on the contrary, my story was very simple and yet very complicated. I did not grow up in or around NYC.  And my life was far from normal.

I grew up in rural America in a small leather mill town in the Adirondacks called Gloversville.  My house was located in an area that was settled by soldiers in the American Revolution.  It was a peaceful place, touched by mountain winds, and situated beneath the Adirondack foothills.  It was called “Pleasant Square.”  At school and at home, I was surrounded by simple folk: farmers and blue-collar leather mill-workers.  The things most valued in my area were sports, drinking, driving motorcycles, classic rock, and long lazy hours spent on the lakes or in the mountains around us.    However, although I took these values wholeheartedly on, I had my family to contend with.

My parents are both from New York City.  My mother had a BFA in visual art and my father was an intellectual and a businessman who also happened to be manic (psychotic).   He was the Valedictorian at Brooklyn Science and at Columbia University.  He went on to be the NASA fellow at Johns Hopkins University.  He designed or took part in war games and in engineering weapons.  And, at a certain point, after leaving Johns Hopkins for the leather business (inherited from his father), my father became manic.

Although my mom was full of love, my father was full of madness.  My mom fit in as a “soccer mom.” She wasn’t the issue.  My father was. He was the one who brought out the greatest contrast between me and the world I grew up in.  My friends fathers’ were into sports, drinking, etc, my father was into science, mysticism, magic and money.  Unfortunately for me, my father’s peculiar passions became local legend: his manic episodes were the talk of the town.  Taken together, all of this made me into a schlemiel of sorts – a Jewish fool.   I was the “odd one out.” I was inside and outside of the doings in my town.  In spite of what people thought of me and my father, I went to extremes to prove that I was an American like everyone else.  But, as I learned later, I was also a Jew.

Although my town was rural, it did happen to have a Synagogue and a Jewish Community Center which was funded by the Littauer Family.  Strangely enough, the synagogue was built on a Hippodrome (film theater) which was donated by the Shine family. (The Shine family is famous for building Vaudeville theaters across the USA).   Gloversville, at one time, was known as the Shtetl in the Adirondacks.  But when I was growing up there was no such Shtetl.  In fact, Jewish life was at a bare minimum.   Like many American Jews, America meant more to me than Judaism.  I didn’t feel any pressing need to balance them out.

I was one of three Jews in a class of a hundred.  And, like them, I went to Hebrew school, services on Saturday, and had a bar-mitzvah.  For my bar-mitzvah, my father gave me an ATV (All Terrain Vehicle). But I did more than take off into the mountains with my friends, who had ATVs; I also took off from Judaism.  My parents said I no longer had to go to Hebrew school or synagogue, and I had no problem with it.

And away I went.  I threw myself into the party scene in high school and had a reputation for being very wild.  Now, in spite of my being a Schlemiel, I was odd, but in a good kind of way.   However, after the parties were over in high school, and the college parties began, it occurred to me that I had to divest myself from my hometown and the party.  I went to a university where students were very serious about the arts and humanities. I was in a community of friends who were artists, photographers, actors, and writers.  My life was dedicated to art and knowledge, not religion or the party.  At the point where I had virtually no connection left to Judaism, something odd started happening to me: I felt abandoned, and after I graduated I felt a desire to learn about Judaism.  But to do this, I felt I had to leave yet another other world behind.

I did.  And it led me to Yeshiva and Jewish learning under an odd and intense Lubavitch Yeshiva which, in the wake of the Rebbi’s passing, went down the tubes.  All of this is the backstory for the film that Chad made.  When he found me, I was already in the third year of my marriage and I had two small children below the age of three.  I was fed up with what was happening to Lubavitch and wanted to create my own kind of Jewish culture.  I found I was not alone.  A Lubavitch friend of mine, Jason (Shaul) Ellenbogen, also wanted something different, something better.  Together, we created the band I mentioned above: Men With Babies.

The long and the short of it is that, through the band and the relationships it nurtured, I was able to process not just my Jewishness, but all the things I had left behind for Jewishness as well.  Shlemiel is about my coming to a realization that, like a schlemiel (with a “c” as there are different transliterations), my Jewish dreams (and the dreams I had about my band) didn’t match reality.  And I knew this.  I realized how a lot of my struggles with being an American, an artist, or a Jew had to do with the fact that I didn’t know how to understand myself and my Jewishness.  Now that I had a better idea what Jewishness was and how it related to my identity, I could attempt to reintegrate my relationship with my manic father, the town I had left behind, my family, and, most importantly, my newly acquired sense of Jewishness (which came to me “later” in life).

Chad Derrick gracefully and artfully documented the process of my coming to terms with Jewishness.   And for this I am honored and eternally grateful.   Chad’s film, Shlemiel gives the Jewish community a great gift: it shows us how we can and even should document what it means to be a Baal Teshuva.  The value of such a film is inestimable since the whole purpose of such a film is to spur us to look at ourselves, as Jews, and ask ourselves where we came from, where we are, and where we are going to.

That’s what I did.  And I learned from all of this that I am an American, a Jew, and a Baal-Teshuva-Schlemiel.

Menachem Feuer has a PhD in Comparative Literature and Philosophy and teaches Jewish Studies at the University of Waterloo and York University.  His specialty is the Schlemiel.  He has written several essays on the Jewish fool and is the author of the blog Schlemiel-in-Theory where he posts weekly blogs on the topic of the Jewish fool/schlemiel.   For more on the film, movie reviews, and updates, see the film website: http://shlemiel.net/. Or go to facebook: https://www.facebook.com/pages/Shlemiel/163024563760753  Shlemiel will be showing this Thursday at Chulent in Brooklyn.

← 10 ways to know you’re in a Modern Orthodox shul without going into shul
Do you really need to ask a Rav? →