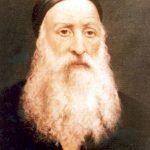 Do You Really Need To Ask A Rav?

The purpose of this article is to challenge the firmly entrenched idea within the Torah community that rabbinical counsel should be sought in all crucial life decisions or halachic quandaries. In this article, I will argue why the rigid interpretation of this belief may have made sense in the past, but no longer does.

The widespread conviction that when in doubt, ask a rav is premised upon the utopian belief that every Jew has access to a grandfatherly figure with a warm smile and a long white beard who will patiently listen to his or her problems with sensitive attunement to every fine detail of the situation, and offer a fits-like-a-glove, customized answer embodying the ultimate harmony of halachic expertise, divine intuition, human wisdom and compassion. In every Torah publication, rabbis of all stature are glorified as having mastered this sublime skill, herding the yidden under their influence with the patience of a shepherd through life’s many confusing and dangerous ups and downs.

This idyllic picture is a far cry from the experience of many of us. To the average Orthodox Jew- and I have asked around a lot about this- your typical rav is overworked, underpaid, sorely deficient of personal time, constantly assailed with the never-ending needs of his flock and generally running on empty. If he is lucky enough to have even landed a gig as a shul rabbi, and many are not, he finds that he has gone from being a relatively sheltered, secure yeshiva student to an indebted, struggling husband and father saddled with the thankless task of balancing the shul budget, a task which even when successfully accomplished usually does not spare him from having to take on another job to feed his family. To top it off, a rav has to deal with lots of interpersonal issues and politics in his line of work, and lives with the constant sense that his influence is but a drop in an ocean of apathy, consumerism and values foreign to his own. One would have to be an absolute fool not to admit that the above forces weigh heavily on any given rav’s ability to measure up to the ideal described in the previous paragraph when taking your shaila.

Which leaves us to wonder why we didn’t think for ourselves in the first place- before we had to suffer some impatient jerk in a black hat slamming down the phone on us.

Or before we lost our money because some “Mekubal” with lots of pictures in the Yated told us to invest on our money in a losing stock. Or our high school rebbe told us not to go to college. Or our Rosh Yeshiva threatened to put our extended families in cherem if we reported a pedophile. Or severed us from our parents with seemingly well-intended advice that we avoid non-frum influences. And so on, and so forth. Many if not all of us who are Shomrei Torah U’mitzvos today are only so because we have pulled ourselves up after at least one case of rabbinical malpractice. Why do we need overseers if we ourselves are forced to oversee them?

Well, say the supporters of Asking A Rav, how can one trust their own judgement? It says in Pirkei Avos (chapter 2, verse 4) that you should not trust yourself till the day you die. How could you dream of trusting your own lowly, ignorant, personally biased judgement over that of a wise rav, a sage halachic master, who has no personal stake in the situation to cloud his view of it? My answer is that a rav, nomatter how wise or masterful, is hardly unbiased. If you aren’t paying him anything, he can hardly be said to be unbiased about the idea of dropping what he is doing with his precious spare time to take your call, let alone listen to all of the tiring details, and if you are paying him, then he is in the unnatural position of telling a paying customer the truth, which he or she might not want to hear. Even in Yirmiyahu Hanavi’s time, actual prophets told the king what he wanted to hear, to the utter downfall of the people. Why would we hold our own daas Torah, after all of the yeridos hadoros that has transpired over the millennia, to be above doing so themselves?

Telling a paying customer the truth is so undesirable that many shul rabbis of my acquaintance refuse to do it altogether. Instead, they focus on the musical quality of their prayer services, the spellbinding charisma of their shiurim and the chicness of their holiday parties and community events- all of which directly contribute to the shul’s marketability and ultimately, profitability. When asked, these rabbis will tell you directly that they are not poskim. And with good reason.

Rabbis, being human like the rest of us, are not only biased when it comes to personal resources like time, attention and money. They are also concerned with their reputations. Therefore, for fear of being considered a rogue or radical, any rav whose opinion you seek is likely to give you the Safe And Socially Acceptable Answer. The problem with the SASAA is that while it might superficially seem sensible, it fails to take into account individual circumstances, and there always are individual circumstances. Like it or not, we live in the real world, where the strict letter of the law must always be weighed against the sticky consequences of its implementation, be they in the realms of shalom bayis, parnassa, relationships with parents, children, or worse, stepchildren; any halachic opinion runs the risk of being the apple for which the apple cart is upset. In an evolving world with technology constantly reshaping reality as we know it, the SASAA, as overly general and one-size-fits-all as it is, may become increasingly inapplicable. For example, there is a well-known heter to abort a fetus with a life-threatening disease. But do you honestly trust that your local rav, who had to leave the dinner table to take your phone call (poor him), will care about that new study that came out that showed that disease X, which didn’t even exist five years ago, is life-threatening? Tay-Sachs, fine, but disease X? Who wants to be known as the pro-abortion posek?

What my experience has shown, and I’m by all measures an adult by now, is that the Safe And Socially Acceptable Answer is only found worthy of a revision by rabbis once there are enough agunahs, molested children, infertile couples and people who cannot make a living without the internet. THEN there are the asifas, the conferences, the rulings for which the rabbonim conveniently take credit when the true heroes of the story are the laypeople who bore the burden of these tirchas themselves, often with the cold indifference of their “leaders”, never losing faith and lobbying tirelessly for socially accepted halachic solutions, often braving denigration and inconvenience when they could have quietly taken care of things as suited them like any other American. And for this we need leaders? Why don’t we think for ourselves? Is there ultimately any alternative?

I know one couple whose shalom bayis was nearly destroyed by a well meaning shul rabbi who told the husband that it is assur to have a treif animal in the house. The husband came home and immediately demanded that the wife get rid of her beloved cat. The wife replied that she would give up the husband before the cat. And a fight ensued. The wife went and looked for another rav, and now the husband and wife, whose shalom bayis was severely weakened by the rabbi’s opinion, now hold by different rabbis, a situation which has been creating one problem after the next since it began. All this over the “issur” of having a treif animal in the house, an “issur” which is not halachic but premised on the subjective interpretation of the obligation of “Be holy, for I Hashem your G-d am holy” (Vayikra 19:2). What gains, religious or secular, resulted from this rav’s “wisdom”? And why should I suffer the inconvenience if not humiliation of going to him with questions when I am ultimately the one who will bear the burden of his failures?

Asking a rav worked back in the shtetl when A) the rav was a recognized figure with political power who did not have to tzitter over the consequences for the shul budget if he gave a questioner an answer he might not find comfortable, the average person’s Jewish education usually did not extend beyond cheder, C) there was no resource like the internet to offer halachic information at the click of a mouse, D) reality was generally more predictable from year to year, without modern technology to constantly reshape it. E) without phones or email, it took time to ask a shailah. This prevented the problem of overworked rabbis being bombarded with many calls each night, and the human temptation to treat said callers like telemarketers.

In summation, whose judgement do you trust- that of the person himself, who has what to lose from the situation, who is personally invested in it, who will take the time to research it as best as he can, or the overworked rabbi who had to interrupt his weekly- and unfortunately, only weekly- homework session with one of his 6 kids, and wants nothing more than to get off the phone, go back to the algebraic equation he was helping little Shloime solve, and hope that his son will forgive the rude interruption?

And when has history ever shown people to be more amenable to someone’s else’s idea over their own?

18 comments for “Do you really need to ask a Rav?”