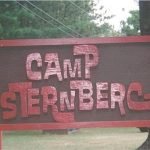 The Sternberg Hot Dog story is one of those frum Jewish urban legends that has never been confirmed. It goes as follows, a girl at Camp Sternberg (a large frum girls camp in upstate NY) was playing around with a frozen hot dog and it broke and became lodged inside her. From a yeshiva guys perspective the story is very believable, to us, the vagina is this cavernous playground that is endless (how else could those giant penises from the porn industry fit in there) and obviously a hot dog could get stuck. Besides, it makes for good shabbos conversation and debate.

This past shabbos, we got to talking about the Sternberg Hot Dog story at the table and one couple actually knew the girl who it happened to. The guy knew her and the girl was actually in Sternberg when it happened. Then a debate ensued about whether or not such a thing was possible. I remember in 8th grade hearing about a girl who got a marker stuck inside her and began to ponder about what other things women put in themselves. After years of shmiras ervah, I’ve seeneverything from foot balls, to cucumbers, but nothing ever got stuck.

Even though the story and name of the girl were confirmed at the shabbos table, I’m not sure I believe the story. Not only does it seem logically impossible, it also seems that girls from frum families aren’t usually making such displays of their masturbatory tactics. Sticking hot dogs inside you to pleasure yourself isn’t exactly bais yaakov material and I doubt she went showing off her broken hot dog, but who am I to judge. I even know the girls name and apparently she’s married now. Snopes has a different theory.

← Which yeshiva should I go to?
Kosher Lube is now treife →