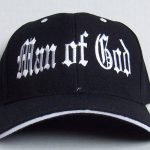 I’ve decided that I’m not a fan of rationalist Judaism, most because as much as you try to prove and debate the “facts” supporting a Judaic way of life, it still makes no sense. I’m not really sure how one can prove the Torah was written by God and I’m not really sure why it would matter, it doesn’t make me want to practice Judaism anymore or less. In my mind, rationalist Judaism takes the heart, soul, and spirit out of Judaism, but for some reason more and more former yeshiva folks have begun to take on this stance.

I’m not saying that I don’t find, Rambam, Hirsch, and Jung fascinating, they are some of the best Jews out there and Torah U’Madda and Torah Im Derech Eretz seem to me like the best ways to practice Judaism, but there’s something about rationalist Jews that rubs me the wrong way. Our own Frum Satire friends Eliyahu Fink and Telz Angel are rationalist Jews, as are most of the few forward thinking frum Jews out there, but it always seems like rationalist Jews are just postponing the inevitable – going Off the Derech due to intellectual reasons.

Almost every day I’m exposed to the ever growing OTD community and every few days one of my once frum friends has an epiphany that Judaism makes no sense, I always wonder why it took them so long to realize this. I’m in a constant state of discovery and despite the fact that it makes no sense, I see incredible value in Torah, learning, and remaining a full fledged Orthodox Jew. Basically, just because it makes no sense to me, doesn’t mean I’m going to stop practicing it. I just get unnerved at those who try to rationalize Judaism and try to make sense of it – when everyone who’s intellectually honest can see that logic and religion don’t mix.