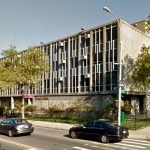 In a rare moment of achdus, Ultra-Orthodox and non-Orthodox Jews rejoiced at the news that a Modern Orthodox group had finally made a chillul hashem. Apparently, the Yeshiva of Flatbush class trip took a detour when the students and chaperone were kicked of the plane to Atlanta for not cooperating or listening to the general instructions that flight attendants gave them. Many folks couldn’t really think of a modern orthodox chillul hashem in recent times that could trump this.

Charedi news outlets like Vos Iz Neias, Yeshiva World News and Matzav made sure to milk it for all it was worth, no hiding behind vague headlines for this one. The Forward, CNN, and all the other liberal anti-frum news outlets also milked it. Many frum Jews called it a victory for real Torah observance, it was mammish a chillul hashem, you couldn’t really twist it. Unlike, sex abuse, white collar fraud, and the mistreatment of women demanding to desecrate holy sites, this didn’t really have two sides of the story. It was straight up chillul hashem and this proves that modern orthodoxy is not authentic.