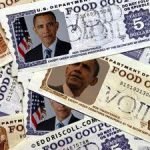 Seeing as how you have such a learned, balanced and thoughtful outlook on life, and seeing as how your readership has the same; I am coming back to you with another shaila which has bothered me since leaving the fold.

When I was in kollel, my chashuva fellow kollel folks and I spent an inordinate amount of time discussing whether it’s mutar to lie to get onto government programs. The prevailing view was that although the gemara in Bava Kama says that you have to follow the laws of the land, the rishonim qualify that (and who could blame them for doing so?) and limit this halacha to countries that have just laws. But as anyone who has seen the recent spate of unjust rulings in this country against ehrliche, frum yidden knows, a yid can’t get a fair trial in this country and this country, while it is a country of chessed, is not a just one.

So while we were fairly certain that we’re allowed to hide certain information that would make it difficult for us to get onto programs that weren’t designed for us, not many wanted to take the plunge. That’s when we discovered the beauty of asking a rav, once you ask a rav all ambiguity is gone, you don’t have to waste a whole first seder on the question, you don’t have to be a bigger lamdan than the guy who says you’re not allowed to lie, you just rely on the rav and you have a clear conscience.

So I’m sure you know that here in Lakewood there are some rabbonim who are known as the Blackmarketer rabbis who will, for the right price (no they don’t take the money for themselves, it’s for their shuls!) will give any heter needed. I know someone who even went for a heter to rob a bank, but that was taking things a bit too far.

Now that I am OTD though I’m left with a dilemma; I see that all these rabbonim are getting arrested one by one which tells me that the goyim don’t recognize the truth of Jewish supremacy, which is the basis for most of the kulas which allow this wholesale stealing; so where do I go now for heterim to steal? Are my only two options to be frum or avoid stealing?

You speak the emes Shragi,

You bring up a question that took up many a second seder in the gimmel shiur of my yeshiva days. Most poskim tend to agree that the laws of the land are inherently unjust when a Democrat is in power. If you’re frum and ehrliche, you understand that Liberalism is not only a mental disorder, but a politically correct way to grab power from the Jews. All one needs to do is look at the current president and his henchmen who have begun to outright attack frum Jews on a daily basis for all that they stand for. The attempted ban on bris milah by claiming it is cruel is the same exact thing that antisemitic folks in Europe have been trying to do with shechitah. Just look at the daily news articles from the liberal media and you’re likely to realize that we live in an unjust country and not only do we not have to hold by dina d’malchusei dina, but my rabbonom held that you are obligated to break unjust laws.

I don’t like the fact you used the terminology “lie”, is it a lie when it is our children’s education at stake. Why should public schools get all the money? Is that just? Is it just that vouchers are always voted down? Is it just that the government doesn’t support yeshivos and yet expects us to be “honest” on our tax returns?

While I’m glad you brought up this topic, I’m not really sure if it’s a debate. I understand that modern “orthodoxy” is of the opinion that Torah followers must follow the law of the land, but it’s easy to say when you were willing to put your Judaism on the line by sending your children to schools that teach secular subjects. In the yeshivishe velt it’s never been a debate, in fact, many of my fellow yeshivish an d chassidish friends would be more than happy to brag to you about their “lies” and embellishments to get into government programs. In many circles, this bragging is not only a sense of pride, but also considered a mitzvah.

There exists a database and listserve for those interested in defying the unjust dinim of America, it’s been quite important these days for us to stick together and be strong against this rapidly degenerating country. Mesirah has become a true problem and many supposedly frum people are advocating that the police be brought in on internal affairs, something that really irks me to the very essence of my being.

I hope this answered your question and put to death any feelings of anxiety over stealing, unfortunately, being Off The Derech requires you to become a liberal – commie who is very honest, my the eibishter guide you back to the path of the righteous.

← This Rabbi holds that murder cases should be handled by Gedolim!!!
The Fight Over Drafting the Ultra-Orthodox Into the Israeli Army →

25 comments for “Dear R’ Heshy: Is it muttar to lie to get into government programs?”