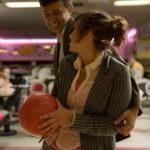 Friends of ours came to visit for Shavuos and immediately after and during the yuntiff people asked me all sorts of questions to see whether they were moving to our community. Even if you say no, people will still dig for that slight chance in hell that a new young couple is going to move to the community. Every few weeks you will hear rumors about a new couple moving in, or someone looking at the community and it spreads like wildfire. Did you hear about that new couple from (enter other Bay Area rival community) that just bought a house?

It was never like this in other places I’ve lived, no one seemed to talk about new people with such reverence. Around these parts it’s like a desperation for new blood. It’s hard to get new blood when the housing prices are so high, communities around the Bay Area tend to be transient, the folks finish their stint at Stanford or Google and move on to places that they can afford. Still, the prospect or hint of new blood gets everyone excited. Even the folks who come to our community for a few months are treated like permanent residents, the last time someone came for a short contract period, they ended up staying and are still around.

Of course, when someone leaves it’s like the worst thing in the world, as if that kollel Rabbi was going to raise his kids in a place where the frummest school still has mixed classes and kids from homes that have TV’s. The people who really hang around the Bay Area are the ones who love it here and couldn’t imagine living anywhere else, everyone else is constantly on the lookout for something better.

11 comments for “Did you hear about the young couple moving in?”