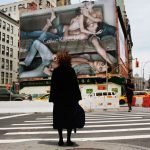 Tznius is truly a beautiful mitzvah, it’s one in which many women who aren’t even frum yet can shine in. It puts the bas yisroel on display for all to see how much yiras shamayim she has and it’s becoming increasing harder to do so. At every moment in our lives there is pritzus waiting to catch us in its snares, yet somehow, through the generations, we have upkept this timeless mitzvah. Unfortunately, many have gone astray due to lack of tznius and many of those who have gone astray feel the need to impose their negativity upon those who truly cherish tznius.

On erev shavuos, just before we were to accept the Torah many folks in Lakewood received a manual on being meticulous in their tznius observance. The manual went through dozens of simple stories and anecdotes about tznius. Some of the stories were so simple that plain folks couldn’t even understand them. Like the midnight diaper run by the wife who couldn’t drive and the husband who doesn’t go into shoprite. The husband is afraid of being on line while the snares of pritzus in the form of innocent looking magazines threatened him, the wife is so tznius she doesn’t drive – for fear her breasts will be revealed by keeping dina d’malchusei dina by wearing a seat belt. Many heimishe women drive without a seat belt, but this breaks the law of the land and many rabonom have allowed this only in a true emergency.

Unlike wearing a bag on a plane to stay away from tumah or burning dumpsters because you’re forced to contribute to the country you live in, tznius is a real and positive mitzvah. I just don’t understand how anyone could be against something which the gedolim support unanimously. There is not one holy person against tznius and there probably never will be, yet every time someone decides to be more tznius, there is a chorus of bloggers who need to rain on the parade.

← Why are we always focusing on someones negative traits?
Who you gonna call? Frumbusters!!! →

58 comments for “Tznius is a beautiful mitzvah”