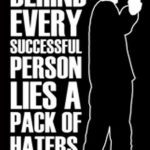 I feel the need to respond to two hate mail messages I received over Facebook last week.

Some people only have one single theme – yours seems to be mockery and scorn of your own family – Jews. Particularly & peculiarly religious Jews; I guess in your mind no others do anyting deserving of scorn. Sure, the Jews you choose to scorn & cut down are religious Jews but that must be OK for U b/c they are so, so, so what? Are they only doing things you scoff at? No, they do much good – in fact they volunteer extremely out of proportion to their small numbers & donate vastly out of proportion to their income – shown in numerous studies BTW, much more than any other group of Jews or nonJews. So they are imperfect human beings whom you don’t like and of whom you only see the bad. You permit yourself to mock even the most profound leaders who have inspired & given hope to generations. I have no idea how we ever became contacts on Facebook but I am unfriending you.

Heshy i am very disappointed with you lately, there is a fine line between comedy and hate, and you are starting to cross the line, i must say as a frum jew, reading your posts makes me feel hated.
apparently you are failing to disguise you personal pains in your work.
and while i am at it, please stop pretending you know something about life that “frum” people dont.
dont forget who you are buddy.
Sincerely Yoely

The rabbi in my shul seems to have something negative to say about bloggers every week and he’s absolutely right. Most of the bloggers out there are focusing on the spreading of negativity throughout the internet because good things are rarely that interesting. The few times I have decided to write something positive and uplifting have ended in disaster. My wife likes to think that I’m not really writing negative things, but I’m in the satire and humor game, I’m poking fun at people and rarely is that talking about the beautiful shabbos meal we went to that had such uplifting zemiros and divrei torah. Of course, that beautiful shabbos meal or chesed organization you volunteer for becomes much more interesting when it’s found at that the Rabbi in charge is involved in some sex scandal.

So in honor of the fact that most frum bloggers don’t like to say good things about frum Judaism, I have decided that I would start writing good things about frum Jews. I can’t say whether or not it will be satire, but who really cares, as long as it makes us frum yidden look like the respectable people that we are. It’s high time that someone took the reigns and led blogging into positive territory. It’s high time that frum bloggers start actually helping the frum community, through positive writing, propaganda, and cover ups. In all seriousness, I want you all to tell me if I’m doing a good job in helping the frum community through positive blogging, whether the posts are real or not.

If you have anything that’s positive, interesting, and has the potential to cause a great kiddush hashem, please send it over.