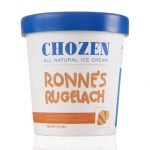 Thanks to my old yeshiva mate Moty Raven for coming up with this piece of brilliance, so brilliant, yet possibly offensive to most folks including me who hold much of the alter daas Torah in high esteem. My favorite pieces of mussar are the fictional biographies put out by Artscroll called “The Life and Times of”, with Rav Yaakov, Rav Elchonon, and the Chazon Ish being the best ones. However, my yetzer harah for letzonus, disrespect, and a general need to honor such brilliance from someone who shies away from such chasheevus due to his incredible humility caused me to find a heter to post such drivel. I also noticed that there was more than a minyan or shomer shabbos, frum, erhliche, yidden who contributed to this piece on Facebook.

I am certian that if Ben and Jerry’s ever decided to make an ice cream line dedicated to the Gedolim, a portion of the proceedings would go to kupat ha’ir and kars 4 kids. I also want to commend those who came up with these names because I tried in vain to come up with ice cream names and I came up with less than 5 and I’m fairly knowledgeable when it comes to gedolim. Please share any ideas in the comments.