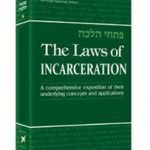 After surveying 10,000 of its customers, Artscroll has discovered that 95% of the books purchased were never opened and merely used for interior design purposes. Artscroll was curious about whether people purchase their books for actual usage or just for looks after one of their interns mentioned that her father owned 3 sets of shas, the entire gadol biography collection, and every single kiruv book ever produced. She expressed utter surprise when she saw these very same books in the Artscroll headquarters beis medrish and many editors wondered how she could not know.

Blogger, Telz Angel himself admitted that he received a shas from his shver which were “opened briefly”, he explained to us that he had opened every single masechta, pounded them several times with his fist, while shuckeling at a shtender he made at camp one year. He then proceeded to spill coffee on the sides and fill out his name. He admitted freely to doing this only to make the appearance to his guests that he actually used them. He acknowledged to us that most of his former classmates didn’t have the brains to do such things and that their chosson shas sets probably looked obviously unopened.

In our own travels we have seen thousands of cherry bookcases in perfect condition that contain perfect condition seforim that have obviously never been used. We aren’t certain why people purchase seforim, but one interior designer explained that it made the house look more “lived in”, certainly there are cheaper ways to do such a thing, but we don’t want to jump to any judgements about people’s actually being koveah ittim.

← An apology to the Off The Derech community
Is it kosher? Uh, it’s not recommended →