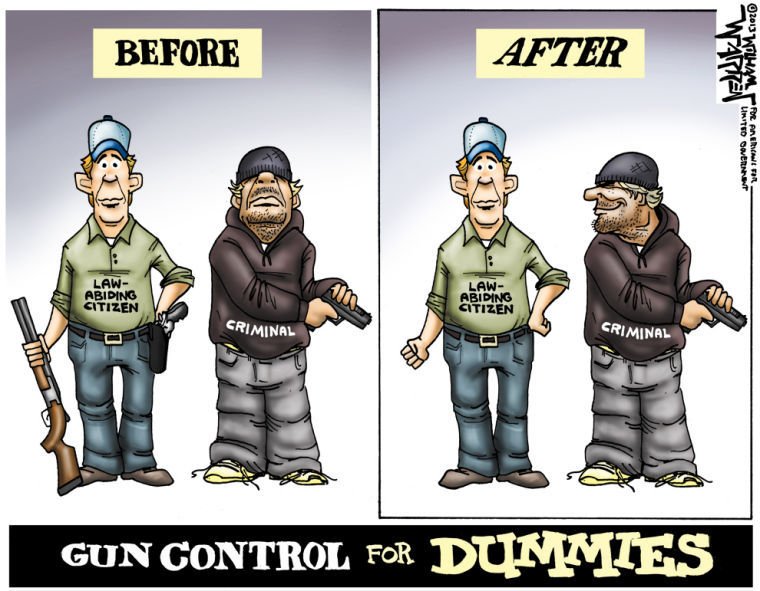 Gun control is one of the few debates that are not even worth having, chances are that you’ve made up your mind based on your own little file full of statistics, studies, and facts to support whatever side you’re on. It’s actually one of the few debates where people come armed (no pun intended) with statistics, I guess you can’t really argue about how gay marriage is degrading the countries morality level from a statistical point of view.

Gun control debates are a lot like Judaism in many ways. The biggest reason that Gun Control is such a big deal, is because the folks who are against it see it as a slippery slope towards a full sweeping ban of firearms which are clearly mentioned in our constitutional rights, this is kind of like the debate over whether or not orthodoxy is open to having women as clergy or having the right to do their extra not exactly commanded mitzvos at the western wall. Some will say that this is a changing of the times and that women aren’t like they used to be, but then that’s kind of going against the Torah. Gun control is the same thing in many ways, once you start restricting firearms, the thought is that criminals will have them and law abiding citizens won’t.

Banning firearms, making restrictions, back round checks, bullet registration, and all of that stuff also has its merit, to the chagrin of many gun owners and gun supporters. The folks who support gun control can’t understand how someone would not want to limit the ownership of guns purely designed for the kill, with no sport in mind. Sure, some folks want to ban deer rifles, shot guns and antique gun, but many don’t understand why someone would need an AR 15. I’m not sure that anyone “needs” anything besides food, clothing, and shelter. But some folks like a little extra in their lives. I myself sometimes wonder about the open process of getting a firearm and whether it leads to more crime, but I also realize that banning guns sounds really good, but isn’t necessarily so. Kind of like having orthodox women rabbis, it sounds good, but I’m fairly certian that they are both slippery slopes.

You can probably compare the gun control debate to a lot of things in Judaism. Look what happened when people took on the chumrah of glatt meat, if you don’t eat glatt you aren’t considered frum. That was never the case in the alter heim, yet here we all practice this, indeed chumros are slippery slopes just like gun control. Unless you hold that a slippery slope to do away with such things as guns as a good thing, but the same people who support gun control tend to be the people who are against chumros and woman as rabbis.

← Dear Heshy: Can I lie to my wife to keep the peace
10 things that could lead to mixed dancing →