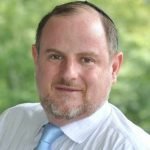 By now I’m sure you’ve heard of Rabbi Michael Broyde, the disgraced Rabbi and professor who used fake identities online to bolster his clout, readership, support, audience, whatever people tend to do when they do that sort of thing. It happens every day on my blog, I’ll get 10 comment with 10 different names that support the first one made under a real name, they all come from the same IP address and are made at the same time. Shit, I myself have done it, though not in a long time. I remember back in the early years of Frum Satire, when I used to comment under many different aliases to support the post, add suspense, or just make it look like there were more comments so more people would get into the mix.

Why am I admitting to you that I pulled a Micheal Broyde?

Well, I think that plenty of people do this, in fact I think it’s a regular practice and doesn’t warrant such a shock of disbelief. Rabbis are people too, they have egos, they have desires, and they have a willingness just like everyone else to do things that folks may find provocative. Basically, Rabbi Broyde is the first to get caught, if he lived in Silicon Valley, he would have known that there’s no such thing as anonymity. In my shul, there are probably half a dozen coders with the skills to break most identities. In general, most anonymous folks don’t really matter enough to warrant hacking, I guess Broyde probably slipped up. If you looked at the hard drives of all the rabbis on the RCA, I’m sure you’d come up with far more provocative stuff.

← How President Barack Obama’s Visit to Israel Continues to Have Impact
RE: I hope you aren’t jerks when I have to say kaddish →

34 comments for “Rabbi Michael Broyde: Not the first to use fake online identity”