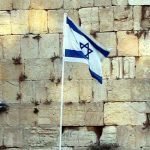 Yom Ha’aztmaut is one of the few times a year when you can actually judge, disparage, and stereotype your fellow Jews and be right about it. On all other days of the year, we tend to judge folks by the way they dress, speak, and how they set up their living rooms. Israeli Independence day really allows us to finally figure out if we can actually eat at our neighbors house, it’s not so easy to truly judge whether or not someone’s frum based on the size of their hat, color of their bookcases, and how long their wife’s sheitle may be, the true indicator of someone’s frum status is whether or not they acknowledge, celebrate, or say prayers which no gadol ever sanctioned – on Yom Ha’atzmaut.

For example, one may lump someone like myself into the category of Modern Orthodox, yet if not for the internet I would merely think that the only thing special about tomorrow is the fact that it’s Bahab and we say slichos. I would scoff at an oppurtunity to say a voluntary hallel because it takes too darned long, but if I was in the right shul, I would probably go along with them when they avoided tachnun. My shita is a bit messed up, but many folks who appear to be modern orthodox from the outside, really hold of the yeshivishe velte in many instances, some of these modernishe appearing individuals may have a black hat shita while holding of an “im derech eretz” levush.

Of course, Yom Ha’aztmaut is also the cause for a lot of sinas chinam. Unless, you don’t count judging people who add to the Torah as “baseless” after all these are the same people who seem to be makel on everything besides days made up in modern times. How else are we supposed to react to a group of people that seems to want to take the easy way out for everything except women’s rights and Yom Ha’aztmaut?

There are varying degrees of celebration on this day, many folks like me will take the armchair approach. We will log onto facebook, share a bunch of pictures we didn’t look at, articles we didn’t read, and then write a clever status that evokes some sort of wonder about how much we have to be grateful for. Many of us will probably daven shachris in our underwear after crawling out of bed an hour after z’man tefillah and in our half dazed shemona esrei we will wonder whether or not we were supposed to say ya’ale v’yavo. We most definitely won’t say Hallel and we’ll wonder about those people who show up at shul one time during the week the entire year – to say Hallel on YH. The hardcore Zionist modernishe folks will say Hallel with a bracha, no tachnun, and probably sing hatikvah at the end – they will go around bragging about how they did all this and how the Charedim in Israel are a bunch of parasites (generally they are)

Generally speaking, if you’re black hat or on the frum side you don’t acknowledge the day, the gedolim were against it. If you’re modern you acknowledge it and probably celebrate it by eating felafel. I have never been in a shul that added hallel on Yom Ha’aztmaut, but it would be interesting to see. It’s one of the few days where we get to judge people by their actual philosophy and not by what’s on the outside.