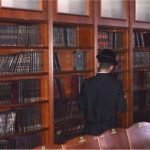 Evil is a word reserved for things I truly dislike, things I think that will bring klal yisroel down if we continue to practice. Evil is reserved for sex abusers, jarred gefilte fish, and Niturei Karta parades. I guess hate is a strong word too, but I figured evil would stir some of us a bit more toward change. Things are changing, but not for the good. Baal Teshuvas are somewhat to blame, for many of the following have become more common as Kiruv becomes the hottest yeshiva industry since some intrepid folks created the Bachelors in Talmudic Law.

Heicha Kedusha Refusal: I understand that Chassidish practice has crept into litvishe culture somewhat, but the last time I checked, the regular old frummies still held of davening at the proper z’man. Yet, time and time again, I have been in shuls that have refused to do a heicha kedusha even though it was obviously too late to daven mincha. Missing the z’man irks me to my core so much that I have coughed and said “nu heicha kedusha” a thousand times to no avail. Once in a very rare while, have a been at a shul that would do heicha kedusha for no apparent reason and they always get a 5 star review from me.

Carlebach Shabbos done wrong: There’s nothing worse than davening at a shul which does a once a month Carlebach shabbos, only to have them screw up all the tunes. Some of you may not understand the value of doing Carlebach Kabalas Shabbos in sync, but if you’ve been somewhere that does it right (with minimum silence and oy,oy, oy’s at the end of the tune because they couldn’t make it flow) you will understand how much better it could be. I have heard that some of the more frum shuls may do this on purpose so that people won’t enjoy Carlebach too much, because after all he left Lakewood to become a Lubavitcher, the frum treason. When doing Carlebach shabbos, it should be mandatory to have a post lecha dodi circle of men around the bimah.

Rabbis Drash after shul: No better way to dash my joy, than to have the rabbi speak after shul. We’re through with the whole bloody affair, they probably had to pull one of those MOdox children singing the end thing and it’s finally time for kiddush. Then suddenly everyone sits down and the rabbi gets up for his damned drash. Look, I love hearing rabbis that I don’t normally hear, but for Godsake can you put it right before mussaf, so I can breath a sigh of relief when it’s over and know that for certian there’s no more surprises.

Parve Kiddush: The only thing worse than a milchig kiddush is a parve kiddush. I call them the Trader Joes Special, except that most of the good stuff at TJ’s is milchig. The parve kiddush is either a symptom of a shul on a tight budget or their lack of hakaras hatov for all those folks getting up early on shabbos to be in shul. I guess the only thing worse than a parve kiddush is a healthy parve kiddush.It’s debatable whether no kiddush or parve healthy kiddush is worse. At least when there’s any kiddush you get to look at what was on the other side of the mechitza, although as the health of a kiddush goes up, the mechitza height goes down.

No English Seforim: Look, not all of us can open up a mishna brura and be entertained for 3 hours. Sure, I look stuff up and make sure to look extra frum by grabbing the largest, most frayed Tur in the place, but what I really want is a beis medrish (the modern orthodox call it the library) stocked with the latest in inspirational propaganda from Artscroll and Feldheim. Throw in some of the German-Jewish thinkers and I’m game too.

Sandpaper toilet paper: I’m not sure why shuls cannot get regular old tissues in the bathrooms, but most shuls have the same old sandpaper in rusty dispensers that make you wonder if you’re going to get tetanus as you wipe your butt. How on earth are we ever supposed to wipe our butts the kabalistic way if we don’t have proper paper? Kudos to my own shul in San Jose for providing multiple boxes of tissues in the bathrooms, it’s just a shame that everyone can look through the big crack in the door when you’re doing the deed. Most shul toilet paper is definitely a chilul hashem.

Anim Zemiros by non-religious children: It’s not enough that someone has deemed the modern orthodox minhag to have children sing the last part of the service, thus extending it by 20 minutes or so. Now, many shuls have the least religious kids who have no idea how to daven, do it. In general I hold by the Gra and I believe that anim zemiros should be reserved for times when we’ve been forewarned that shul would take hours and hours.

Forced Shalashudos: Look, if you have some food set aside for shalashudos that’s great, but gathering up everything that’s been leftover from your shitty kiddush for the last 3 weeks and doing hamotzi on stake matzo is an embarrassment. I’ve been to the third meal where it’s been great, but you don’t have to force a shalshudos (seudat shlishit) on people.

No soap or mirrors in the bathrooms of yeshivish shuls: If you happen to end up at a shul with the washing sink trough, good luck finding soap or a mirror. Don’t even try to use the washing cup reflection to fix your hair, for most of the washing cups found in troughs are covered with years of grime and chained to the sink itself making it hard to even stretch into mirror height.

Early shabbos: My very own community starts shabbos at 6:30 though out the summer, I just can’t bear to come home from shul on Friday night when the sun hasn’t set yet. I know all about tatir besasra and plag and all those great halachic time situations that come into play, but 7:30 is the earliest I like to go.

Ushers: Unfortunately, some shuls feel it necessary to hire someone to find you a seat, always the worst seat mind you and never an aisle with quick entry and exit. The worst thing besides an usher, is having to sit in the middle of a long bench with no cushions. Ushers can also be used to blocked the exit or entry during laining or the drash, they can also be used as kiddush bouncers to prevent any mid-davening kiddush recon.

No alcohol – If it were even a hava mina to have a alcohol free shul in the times of yore, chazal would have said something like “a dry shul is not one in which the shechina rests”.

Staring Children – There’s no greater distraction than some kid who refuses to take his/her eyes off of you and it’s weird if you tell their parents.

Water fountains with barely any water pressure (talk about untznius)

Shushers – don’t blame others for your lack of kavannah, go read about kelm or something.

Back of the shul siddurs – siddurs should be easy to reach and you shouldn’t have to walk through the entire shul to get to them, only to realize they are the chumashim.

Staring adults – it’s not enough to have little Yoilies staring at you, so the parents have to stare. I knew when I walked in I wouldn’t get a meal invite. but you don’t have to rub it in.

Unfriendly rabbis- the rabbis job is make the shul welcoming

Silent Prayer – I like a little mumbling during prayer and I hate when shuls make it embarrassing for you to say anything over a whisper.

← Have you ever paid for sex?
Why Baal Teshuvas are bad for the frum community →

99 comments for “10 evil things that some shuls do”