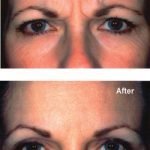 Tomorrow, February 18th, 2013, Chinese auctions are about to reach their rock bottom. The Aleph Institute, which I otherwise respect, is auctioning off among their full set of Shas and obligatory esrog case, a lifetime supply of Botox.

I’ll just let that sink in for a bit.

Now I understand this is from Bal Harbour and it might be a whole other game out there, but c’mon, I’m from L.A. and even we didn’t have anything this bold.  I can’t bash their exercise bike as vanity because you’re doing it at home away from the hungry eyes of the male goyim, and you wouldn’t want even the other females at Lucille Roberts to think that you, a Jew, perspires.  That I get, and there are some women out there that need a little shove to get a new sheitl once in a while, so why not free?

But seriously, how about some babysitting?  That could do plenty to release some of those wrinkles in the brow.  Some help on Fridays, maybe.  Or if you’re going the “but it’s for my migraines” route, maybe an MRI.

I thought I’d heard something a while back about how elective procedures weren’t very Jewish, that we didn’t go risking our health/lives for vanity, that we demanded as modest women to be highly esteemed for something other than our looks.  You know, the ability to raise a dozen children that come out at least as okay as the public school kids down the street, plus the benefit of a finely tuned moral compass (read: mind-boggling amounts of guilt), or the steadfastness to hold it marriages together with faith in Hashem, something like that.  Obviously I’ve been naïve.

The least they could do is throw in a boob job in the $36 ticket selection.

← Just another reason why YU (Yeshiva University) is assur
Blessed are you Lord who has not made me a woman! →

5 comments for “Does this auction make my but look big?”