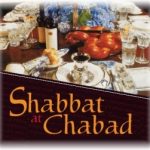 If you wish to send letters to the editor please email them to me at [email protected] – they can be published with any name you wish.

“I am a relatively long time admirer of your blog and I really enjoy reading it. I am a student in Liverpool, UK and I am one of a few kippah wearing student throughout all 3 universities in the city but there is a small but quite involved Jewish Society here. The purpose of this email is to find out if I’m normal, I am not Chabad but since arriving at university my fondness for them has grown, the Campus Rabbi here is brilliant, so brilliant he has featured on a BBC documentary about university chaplains, however when I get bored whilst working in the library my first port-of-call is watching videos of the Rebbe at Kinnus or when they are singing Niggunim, I don’t know why it is just what I do and I really enjoy them. Do you reckon the Rabbi has got to me or is it a perfectly normal thing to do.”

Thanks for the letter Alex, there are two sides to every story and hopefully I can show you the multiple points of view and do it justice. Someone once said to me that Chabad are the Jews of the Jews, everyone has an opinion and most of those opinions are negative. I’ve even met folks who’ve never personally had anything to do with chabad, yet they had all these crazy opinions based on what they’ve read or heard. I can tell right away by the language of your letter that you yourself probably had those opinion. Due to the fact that you used the terminology “brainwashed” you probably feel that anyone who would be drawn to chabad must be brainwashed, yet since you have “fallen” prey to their supposed brainwashing tactics you must now defend or justify this thing.

The mere fact that chabad is the only one offering any sort of Orthodox Jewish service on your campus could be labeled as a monopoly. Apparently, the snags (derogatory word for misnagdim used by chabad, yet misnagdim don’t much exist anymore, now there are those who oppose chabad alone but support other streams of chassidus) used to make fun of chabad for its outreach, especially on college campuses, now those same snag institutions are trying to capitalize on college campus kiruv.

Rather than call it brainwashed, why don’t you look at the fact that you have found warmth and love (some may argue that it’s fake – but I would say that those exposed to chabad on campus would beg to differ) and a place to explore Judaism in a place where no one else had the gumption to move to. I would encourage you to explore all of your Jewish options before settling on a specific hashkafa. One of the criticisms people lay on chabad is that they don’t allow their subjects the proper exploration of other paths within Judaism (I would argue that none of the black hat sects offer such things) The thing about chabad is that they really believe that what they’re doing is bringing us closer to moshiach, other kiruv seems to be more about the money. Ah, you may point to fancy mikvaot and chabad houses built with donor money, but no one wants to go to a crappy old shteeble when they can keep going to their fancy reform temples.

Brainwashed is a snag term, you’re perfectly normal to be inspired by chabad, they are very sincere and really believe in what they are teaching you.

Of course you’ve been brainwashed, those kiruv con artists have taken a perfectly normal kid like yourself and shoved their ways down your throat. Sure, they made nice shabbos meals which were filled with mythological chassidic stories of the rebbes being thrown in jail and the baal shem walking in the forest, but you didn’t know any better and you fell for the classic chabad marketing. Then you probably didn’t realize that with food alone they got you to keep coming back. The supposedly genius rabbi (you’ve probably never met a smart rabbi and so you have nothing to compare) and his flowy beard have entranced you.

Good thing those chabad on campus folks have enjoyed a monopoly for so long, only recently has Aish tried to break their trust and chabad is definitely not Anti-Trust. They view any encroachment onto their turf as unfair competition and love to bring up all these stories about the snags and how they were so anti-kiruv just a few years ago. Slowly, as you’ve been brainwashed to think the Rebbe was the gadol hador and that Rav Shach, The Vilna Gaon and Rav Ahron were all evil men.

Soon you will be venture to Israel and be further brainwashed at Mayanot with a spiritual shabbaton at Ascent in Tzfat where you will finally see real live meshichistim aka Tzfatim. Upon returning to campus with dreams of learning full time in Morristown and marrying one of those Machon Chana girls you will ask your genius rabbi about the rebbe and his chances of being moshiach. The rabbi on your campus will probably say “I’m not sure if he’s moshiach, but we hope he is” or one of the other we’re meshichists but chabad on campus’s official policy is that we aren’t responses.

31 comments for “I’m fond of chabad on my campus, have I been brainwashed?”