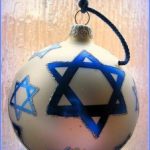 Last week, a friend of mine asked his Facebook friends if Santa Claus was mechuyav to go to Church on Christmas. I answered “oisek b’mitzvah patur min hamitzvah”. That question and answer spawned an idea in my head. I started thinking of all sorts of rules for Christmas in the context of halacha. That morphed into a #hilchoschristmas hashtag game on Twitter.

I asked my followers if they had any #hilchoschristmas, I gave a few examples, and within a few minutes the tweets were coming fast and furious. Some came as “shylas” and other just wrote their own rules. After a little while it wasn’t just my Twitter followers playing. People I don’t know and people that don’t know me were following the hashtag and adding their own excellent contribtions. We had a great time. (It’s still going four days later, albeit at a much slower pace right now).

Only two Twitter Grinches thought that this game was offensive; one thought it was offensive to Christians. To be very clear, this is not a joke about Christmas, it’s just a lighthearted way of poking fun at halacha, chumros, and segulos. In no way is it meant to disrespect Christmas or Jewish law. We can laugh at ourselves. Think of it as Purim Torah for Christmas.

The Times of Israel picked up on the phenomenon but didn’t really go back far enough to find some of the best, early #hilchoschristmas hashtag. I didn’t want these tweets to be lost forever so I archived some of my favorites on Storify. (Thanks Shulem Deen for the idea). I tried to use the Twitter embed tool but apparently there were too many tweets for it to work properly.

Enjoy! And it’s not too late to get in on the fun. Just get on your Twitter account, tweet your ideas and makes sure you include the #hilchoschristmas tweet. Unfortunately, some tweets were missing the hashtag so those will be impossible to find.

← The Criminal Charges That Have Brought Down Three High-Ranking Israeli Government Officials in Five Years
Dear Heshy: I saw a frum woman wearing a bikini and covering her hair! →