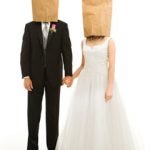 I’m not sure that I thought of the complications that surround the young couple trying to find other couples to hang out with. Now before I delve into another inside look at my oh so interesting married life, I should warn you folks that this post isn’t really about me, because I have retained my status as an avid outdoorsman who prefers the company of the woods to any other creature except maybe my woman. I have sought to observe the ways that married folks deal with their status as a unit rather than as a single person and let me tell you, it’s a rough world out there.

For some reason, I assume it’s that whole age thing, young couples are most likely to complain about the lack of young couples in their community. Until someone from my ufruf party mentioned it, I had never realized that San Jose had a dearth of young couples. I looked around the shul on one recent shabbos and realized that every single one of the people I considered my good friends had gray hair. Now of course, the 315 days of sunshine a year may have that affect on folks, but all of the folks in my community who I would throw back a couple of beers at a function outside that of forced socializing like shul, shul dinner, shul fundraiser or shul praying are at least 20 years older than me.

We will return to the forced socialization of shul members in a moment, but let us focus on the fact that I have never hung out with people my own age. So much so, that when someone makes a comment of the negative variety aimed at discrediting the youthful nature of the community I call home, I realized that the whole young couple thing that some shuls advertise, kind of makes me cringe. I can’t be sure as to why, the young couple thing makes me cringe, but it may have to do with this phenomena in Queens, NY where young couples have legalized breakaway minyans that they call the “Young Marrieds Minyan”. These minyanim are full of swarthy young men, very few women and quite a few hockers, they are the incubators for the young couple impropriety rumors that plague every New York locale that touches that of the original source of frum marital infidelity The Fives Towns. I am quite sure that one may be able to do some sort of sociological study of the Young Marrieds, but my place is more of the macro. The Young Marrieds have sought to create a homogenous frum community in the place of the cholent that has existed since Sinai, in a sense, the Young Marrieds are trying to break the mesorah of the natural frum community in which a bunch of people who would never even nod a good shabbos to each other, are suddenly forced to greet each other in close contact and pay absurd amounts for chosson bereshis in order to support the upkeep of this cholent of a community.

On the other hand, it  can be quite daunting for the young couple starting out on the road to foreclosure due to yeshiva tuition and the cost of constantly spoiling cholov yisroel milk. Think about those trials and tribulations that young folks must go through these days, the older folks in shul have no idea what it’s like to grow up in an age with 1% savings accounts and free porn. You just made it through the shidduch crisis, found the love of your life and are forced to settle in a place where the davening sounds like it’s stuck in the 1950’s. You want some spirit, some singing and you want a rabbis speech that makes sense to you – naturally you want to form your own sub community within the shul and so you are willing to breakaway and daven with a bunch of your peers once a week.

Now that you’ve found that community filled with young couples you have to deal with a new set of problems. You thoiught being single was rough, but now both sides of each couple have to find each other interesting enough to have a shabbos meal together. Even if one of the wives doesn’t like one of the other you’re all screwed. The dudes always get along, well enough to have a scotch and cholent for a few minutes, rarely enough to hang with each other outside of shul. Therein lies the problem with everything in community. Just like when  I worked with hotties whom I couldn’t figure out how to get them to hang out with me outside that of the workplace, shul and community present the same problems. Rarely is their someone I like enough (who feels the same way) that I find interesting enough to hang out beyond the social binding contract of shul and shabbos.Most of my man crushes (aka bromance) are one sided, I’m usually enamored with some renaissance man who has all the qualities that I would like to have and so I need to hang out with them so I can live vicariously, don’t worry, sexual attraction is never the case.

The problem with this whole necessity for young couples is that it creates extremely transient communities, you cannot build a community based on one need. Young couples need more stability and the second their child reaches an age at which they exhibit signs of being too frum or not frum enough based on their schoolings experiences where you don’t agree with the hashkafa, you’re out of there. It’s as if we young folks have given up on trying to work it out and just pick up and move when the going gets tough. Now some of you may accuse me for these very things, but I tend to move away when I’ve exhausted the mountain biking trails and worn out my free shabbos meal welcome with folks, I’ve definitely toughed it out in places where the hashkafa and day school opportunities didn’t fit mine or my children’s exact needs.

There is definitely a joy when you do find yourselves in a situation where you have found a cool young couple to hang out with, but this is rare. In my newly married life, I’ve actually just wanted my woman to find other folks to hang out with. I myself am still in the need of more weekday friends, but since my idea of a good time rarely involves anything less than extreme shpilkes I tend to remain alone and not in the mood of wanting for a community of young marrieds.

← How many Jews does it take to…
Our solution to the unfriendly shul problem. →

19 comments for “The Young Marrieds are destroying the frum community”