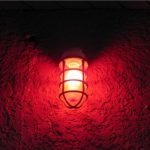 How Many Jews Does It Take To…

There’s no set number of Jews that it takes to form a community, but there’s a minimum you need just to make it functional.  The minyan thing is obvious, yes, but you should probably also sprinkle in a few more guys for the occasional funeral and wedding. Any case that requires three witnesses can be covered by those same men, but don’t forget about the minyan at the Sephardic Breakaway Shul across the street, too. You don’t want to keep those poor guys out front yelling at every suit that walks by YOU DAVEN ALREADY? COMECOMECOMECOME!!! even longer than they already have to. There have to be at least two women if one is going to go to the mikvah to make sure the other’s dip is kosher, and you might even want a few extra hands around if one of them is giving birth. Whatever, you get my point. We need each other,if for no other reason, to perform a variety of mitzvahs.

Now how many Jews of a community does it take to keep everybody religious? I have a theory that without that one archetype, the Extremely Pious Woman, the rest of us ladies would never make it to shul. You can’t let Extremely Pious Woman make everybody else look bad, so you go to help her Occupy Ladies’ Section. Now your attendance guilts your neighbor into attending, she guilts her daughter-in-law, and it goes on down the line. There you go: the other side of the mechitza has been established.

When you want to fine tune your community’s weekday shacharis to start at a decent time, you need Starts Work at an Ungodly Hour Man. This is the one that shows up to shul even before the gabbai and glares at whoever is unlucky enough to be unlocking the door that day. He has everyone’s phone numbers and isn’t afraid to use them even before it’s necessary. If you don’t answer texts, that’s no problem. He’s already dialing your wife.

For shalom bayis reasons, you need Four Thousand Dollar Sheitl Lady. She raises the bar in terms of beauty and keeps the womenfolk striving to look b’chein for their husbands. She’s tznius but fashionable, with a wardrobe that would break the bank for anybody in the shul aside from her husband. It’s an impossible standard for the women to attain, but sometimes you need those extremes just to balance out those of us that don’t take our shabbos robes off until we make havdalah on Tuesday.

There’s always another guy you need, typically someone involved in chinuch, called Makes Brachos Out Loud Guy. He’s the last to wash his hands before you cut the challah even if it’s not his house. He waits calmly until everyone is seated and already scaring off the shechina by making funny faces at each other when he empties the washing cup, turns around with a big toothy smile, hands raised like he’s ready to go into the operating room, and in his best corny voice loudly pronounces the bracha so that you all have to snap out of it and say Amein in reply. If it weren’t for that, the crowd would descend into making fart noises and pointing fingers at each other, kidding themselves into thinking that the ikar is not keeping your mind on the coming blessing, but simply not saying anything out loud.

And speaking of eating, the only person that keeps us from paying the bill and making a beeline for the door of the restaurant is Just Home From Seminary Girl. You’ve packed your pockets, car keys in hand, and have already made a production of shoving back your chair when she quietly announces, “I’m just going to bentsch real quick”. Ah yes, of course you are. Me too.

← 30 course tasting menu with 15 wines: Gluttony or Kedusha?
The Young Marrieds are destroying the frum community →

42 comments for “How many Jews does it take to…”