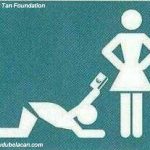 I’m fairly certain that most folks have this eye opening moment a short time after they get married where they wonder what the hell they got themselves into. I definitely didn’t have one of those moments, but this may be purely because I married a convert. If I had married an FFB, she would have most likely considered pornography cheating, not have become good friends with my former girlfriends and definitely not have allowed me to take solo backpacking/mountain biking trips within our first month of marriage. Maybe she lucked out because many converts are resigned to marrying BT’s and converts or FFB’s without any yichus and she has joined a family with impeccable yichus and business connections.

I always knew marriage would be tough. You take two people (who according to many frummies aren’t allowed to socialize until it’s time for marriage and even then you aren’t really supposed to converse frivolously) who have known each other for a very short period of time, tell them to do things that they’ve been told are wrong for their entire lives (just 6 years for my wife) and expect them to somehow get along. In many cases, you haven’t seen your future partner at their worst. I’m sure that fights break out during the sheva brachos and this prompts the “WTF did I do?” scenario.

Learning how to communicate is definitely the hardest part, you can only use the ADD excuse so often and then they realize that you aren’t listening to them. You actually have to care about their lives and most of the time it’s boring shit and you just want to zone out, but you can’t. Thrown into that boring shit will be interesting tidbits about their friends sex toy collections and drug abuse problems, but most of the time you wonder how you can remember it all without actually listening. I happen to have master memory skills, so when my wife claims I haven’t been listening I can repeat back word for word of what she just told me.

Your friends wife was a real bitch to me…unbeknownst to me, there are more bitches in this world than I thought. One of the biggest heartaches of marriage is trying to figure out and deal with bitches. I can understand Tupac a bit more, but sometimes it’s a bit much. I’m sure every guy has to deal with the simple fact that your friends have bitchy wives or wives that will be bitches to your wife and this may prevent you from hanging out with your friends unless their bitchy wives  are out of the picture. “Do you know what that bitch said to me?” is most commonly heard while hanging out at kiddush. I’m not sure what it is about stale crackers and herring that make women go crazy, but it seems that kiddush is prime time for your wife to come and cower by the whiskey table with you. In between shoveled forkfuls of cholent and being chided about talking with your mouth full you will be demanded to defend your wife and defame those bitchy wives of your friends.

The biggest disappointment of marriage is mikvah night, yes, mikvah night sucks. All of those years spent in wonderment about mikvah night were a waste, my video on the subject is completely passe. I’m sure someone likes mikvah night, but the pressure blows and it always seems to be late night appointments on weeknights.I’m not sure if Niddah has worked wonders for my sex life, but it’s damned good to get my own bed and not have any complaints about it. The wife here says I should devote a whole article to mikvah night and to all of the myths about marriage going around in the frum community, like that whole thing about growing to love each other and sharing the house work.

Marriage is darned good so far, but it requires patience (I never yell back or storm off, fine I stormed off) My biggest fear of marriage was the loss of independence. That never happened, only twice so far were there times when I was at the trail head and told that I couldn’t ride, it just so happens that I’m more outdoors active then  before I was married, it’s just more localized. That whole shana rishona not staying away from your wife thing is hard on us backpackers, but if the wife gives permission than it’s all good.

I’ve taught my wife to have a thick skin like me and ignore all the comments that curse us and say some pretty disgusting things…so that guy on the previous post who told her that she’s not Jewish and cursed us to get infected by AIDS was merely laughed off as a lunatic.

Find out more about frum married life on 4torah.com

← Apparently I was supposed to announce my temporary vacation
30 course tasting menu with 15 wines: Gluttony or Kedusha? →