It seems that a bunch of folks found this picture racist, heck I myself found it racist, but that was probably the placebo effect of everyone telling me that they found the picture racist and offensive. Naturally I had to jump on the liberal bandwagon because I knew for certain that no real frum folks would find this offensive. Of course that’s because anyone who is really frum is naturally a closet racist. How else could we be the chosen people, root for the death of amalek and be in support of slavery (albeit the halachic kind which is a lot more politically correct than the American kind and non-fair trade sweatshop in India kind) without being actual racists. 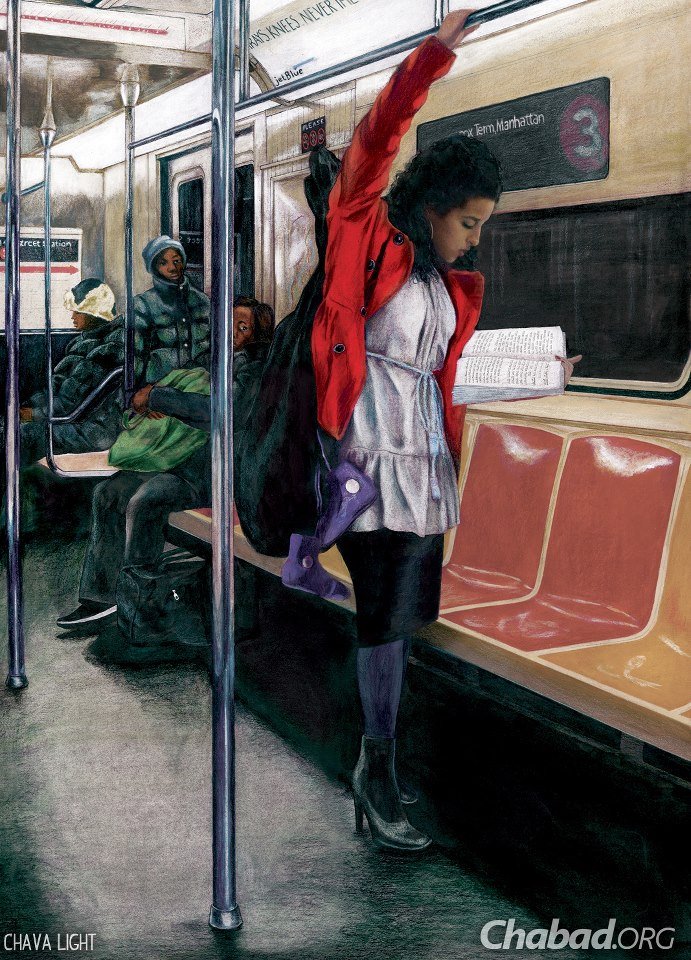 Apparently the picture is of a young chabad girl saying tehilim on the 3 train and the 3 train does look exactly as shown. Chabadnicks and black folk are the one’s who ride the 3 train (I’m told that hipsters are going to invade Crown Heights soon and according to many, this picture is obviously racist because it doesn’t show any skinny jeaned anorexic apathetic white folk) Fortunately I am both rabidly right wing and quiet liberal (depending on who’s shabbos table I’m at) and I can tell you that the liberal in me definitely saw this in a racial context. How the heck am I supposed to know who rides some random NY subway train? All I can see are some mean savage looking black folks and the nice girl praying to the Lord that these savages don’t hurt her.

The right winger in me doesn’t see anything wrong with the pic (as I mentioned above, there is this placebo effect that happens when someone points out something you may have missed) though I do feel this is like those Jews who think everything is anti-Jewish and Antisemitic in many contexts that are clearly not.

41 comments for “Do you think the following picture is racist?”