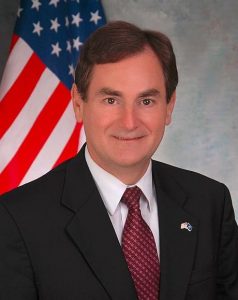 As most people don’t really look things up, the notion of a “separation of church and state” in the US is not only poorly defined but also poorly understood.  While this term was first introduced by Thomas Jefferson and others as a colloquial elucidation of some portions of the First Amendment to the US Constitution, it’s come to mean something nearly entirely different in each person’s mind.

Deep into the current US presidential campaign, headlines are sometimes all that matter and if someone you’ve never met says something, you might be liable for the consequences based solely on a similar party affiliation.

Richard Mourdock, the Republican Senate nominee from Indiana was recently headlined to have asserted that God intended for the pregnancies due to rape to have occurred.  I think it’s funny that people take offense to this and not to the myriad of other things that such a claim — albeit not nearly as inflammatory in tone, if you read the article quoting what he actually said and in what context — reveals about this man’s perspective on the world as seen through his religion.  Would he claim that God intended for the students slaughtered in the Columbine High School massacre or that the Jews were executed en masse at Auchwitz?  If people see life through a very spiritually driven, God-guided lense, aren’t making these claims really no different than saying that God intended for Spain to win the 2010 FIFA World Cup?  My point is that the media didn’t need this guy to make these comments for them to build a case against him — they could have simply interviewed him about his views and extrapolated.  But people often don’t carry things forward in their mind, and so we need this guy to say this outloud for there to be an issue.

R’ Mordechai Yosef Leiner, frequently referred to as the Ishbitzer, was also of the opinion that everything that occurs falls directly under divine sanction and determination, and there are many in the Orthodox world who see it his way.

I wonder how those in Orthodox circles who promote a notion of intense, all-encompasing hashgocha pratis (divine providence) would respond to this .

← Dvar Torah Beraishis: My Daughter
If not for my wife, I wouldn’t have known of Hurricane Sandy →

122 comments for “Rape, Hashgocha Pratis and the GOP”