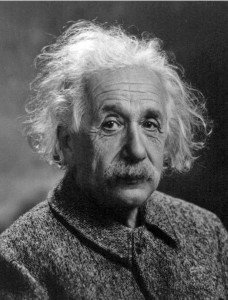 Depending on how many people regularly attend your synagogue, you may be called to the Torah once a month, once a year or somewhere in between.  This is in addition to Simchas Torah, when an aliyah is given to all eligible congregants, and usually even to those under bar mitzvah.

Judaism is a funny thing.  It maintains that intention is paramount, yet it’s likely the most vastly structured and tightly regimented club out there, and it almost seems at times that intention is entirely secondary as long as one does this, says that or holds, eats or does one thing or another.  And because every event in the Jewish calendar is organized in such a manner, people may tend to forget that the focus is not on the motion nearly as much as it’s on the emotion.

The blessing recited upon being called up to the Torah is one rich with significance:

Fortunately, one rattles this blessing off thoughtlessly less frequently than the rest of the blessings one rattles off, but only by virtue of the fact that one is called to the Torah so infrequently.

Recently, the media reported that a letter written by Einstein will be auctioned off on eBay.  In this letter written in German, colloquially referred to as his “God Letter,” Einstein states that he is glad to belong to the Jewish people but “they have no different quality for me than all other people.  As far as my experience goes, they are also no better than other human groups…I cannot see anything ‘chosen’ about them.”

Raised as a non-observant Jew, Einstein’s appreciation for Judaism stemmed from something purely cultural.  Why he was glad to belong to the Jewish people I cannot fathom, and I find such a comment very similar to the position outlined by SkepticButJewish here where he claims that he admires consistency even in the face of utter baselessness, as in the case of a fervent palm reader, or even abhorrent social values, as in the case of card carrying members of the KKK.

As a non-practicing, non-believing Jew, Einstein maintained that the Jews possessed no trait that defined them as chosen because he saw the Torah as nothing more than “a collection of honorable, but still primitive legends which are nevertheless pretty childish.”

The perception that the chosen nature of the Jew is an inherent, tangible, phenotypical manifestation of the Jew’s spiritual DNA was popular among the aristrocratic priesthood during the Second Commonwealth.  Even as late as the first centure BCE, Shammai is famous for his publicly recorded rejection of the potential convert, representing the provincial faction of the rabbinic tradition, while Hillel, his plebian opponent, is equally as famous for his warm acceptance of converts.  Indeed, even one hundred years later, R’ Eliezer ben Hyrcanus and R’ Eleazer of Modim, both of the House of Shammai, argued in the same fashion against R’ Joshua ben Hananiah the plebian.

But the tides eventually turned, and with great strength and resiliency being drawn by the opposition from the Book of Ruth which traces the royal lineage of the mighty King David, and thus of the Messiah himself, to a Moabite woman, the Jewish tradition places no great emphasis on such an interpretation of Jewishness, as Einstein would have one believe.

So when you have the opportunity to say this blessing on Simchas Torah, take some time to practicing it beforehand with intention, and when you recite it at the bimah, open your eyes and read it from a siddur or the available placard.  Don’t mumble away what amounts to perhaps the greatest opportunity to voice your support for what it is we really stand for.

A good yom tov to all!

← How the Obama and Netanyahu Administrations are Getting U.S. & Israel on Same Plan for Iran Nuclear Development
Will Netanyahu Still Be Governing Israel at the Time He’s Calling for a Strike Against Iran? →