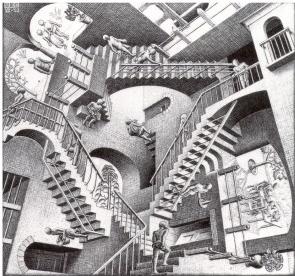 In Judaism, names are seen as very significant.  This is the reason why things are often given multiple names: each name represents a distinct yet complementary aspect of the entity.

One of the most well known examples are the Jewish Holidays.  For simplicity’s sake, we often refer to the holidays by their most common name, but most every holiday in the Jewish calendar possesses multiple names.  Rosh Hashana refers to tonight’s position as the “rosh,” or head, of the new year.  The year number switches tonight and lots of teachers get a kick out of telling the kids, “Alright children, this is the last homework of the year!”  All the kids get really excited, and then when school picks up again next Wednesday, the teachers explain that what they meant was that there’d be no more homework in 5772.  I don’t know if teachers still do this, but they did it when I was in elementary school and I’ll admit that I was fooled the first time.

In a similar vein, the life we lead is given a bunch of names to bring out the different aspects of existence, an attempt by Jewish philosophy to allow us to truly appreciate the things in life that it feels are important values and significant lessons.

One such name is Olam HaNisayon, a “World of Tests” — Judaism maintains that, not unlike a supremely vivid role playing game, life is meant to provide obstacles for us to encounter, stumble over and then eventually succeed in overcoming in our journey towards perfection of the the soul.  Each of us have our own setbacks and each of us have our own objectives, and sometimes, part of the test is to figure out what these are before we can even begin to make progress.  For some, the test is poverty, while for others, the test is wealth.  For some, the test is overprotective and overnurturing parents, while for others, it might be parents who are absent entirely.  It’s often quite easy for one to complain and say, “well, if only I had had the right upbringing, things would have been easier.”  Sure — if only I would have accumulated a monopoly the first go around and not landed on Go Directly To Jail, I would have won.

Another name for this world is Olam HaHafuch, an “Overturned World” — things appear one way but are really the other way.  Each person will see life as fulfilling these monikers in his or her own personal fashion.  For me, I really wanted to go to dental school in Stonybrook.  Sure, it’s all the way out on exit 62 of the LIE, and for a guy from the Lower East Side, that’s really far, but I was a New York State resident and school was relatively very inexpensive.  But I didn’t get in to Stonybrook.  Instead, I had to move to Passaic and attend UMDNJ – New Jersey Dental School.  As first, I was very upset, but it was so much better in the end.  I met a girl with really nice eyebrows in the lounge and married her and so much of who I am has been defined by the people I have met along the way.  Sure, one can argue on the degree to which hashgocha pratis (divine intervention) plays a role in day-to-say activities, but even leaving that discussion to the side, the concept that this world appears one way and turns out another way can be applied to some extent to everything.  Regardless of one’s spiritual or metaphysical outlook on life, I think everyone can agree that things are often rarely as they seem.

R’ Mordechai Becher frequently tells the story of two rabbis in Europe, back in the day, meeting at the mikva (ritual bath) before the Yomim Nora’im, “Days of Awe” (Rosh Hashana and Yom Kippur).  These two were very great rabbis and people traveled from far and wide to meet with them for religious guidance and insight.  They were both great scholars, but one was known as a tremendous machmir (strict interpreter of the law) while the other was known for being a tremendous meikel (lenient interpreter of the law).

As they met at the mikva that day, the first one sneered at the second and said, “Rabbi, I hope you have a good experience during this time of judgement at the new year, because you’re really going to need it, seeing how you mislead the people and rule so leniently all the time.”

The second smiled and returned, “Well, rabbi, at least my teshuva (repentance) will be accepted.  On the other hand, your repentance will be ineffective.”

The first rabbi’s face became ashen at this response.  “What ever do you mean?” he asked with uneasiness.

“Well,” replied the second rabbi, “I may rule leniently and, in doing so, I may contravene the best practice of Jewish law.  However, I do so with proper intentions, and if I am in the wrong, the people sin on my shoulders.  Every Rosh Hashana and Yom Kippur I come before the Ribbono shel Olam (Master of the Universe) in passionate prayer and sincere regret for having neglecting his path if I have ruled erroneously and because my sins are bein adam l’makom (between man and God), Yom Kippur and repentance serve to mitigate my shortcomings.”

“You, on the other hand,” he continued, “rule stringently as a rule, often prohitibing what is permitted, costing your constituents money, time, effort and sacrifice when they may not need to do so.  In that sense, your sin against the people and your transgressions are bein adam l’chaveiro (between man and man) and when you approach the Days of Awe with sorrow and forgiveness, your repentance is worthless for you beseech God but fail to beseech your fellow man to ask for his forgiveness, and it is well known that repentance on Yom Kippur do nothing for sins against your fellow man until you approach him or her for forgiveness.”

With that, the second rabbi descended into the mikva while the first rabbi, at first completely confident in his stringent ways and sure that it was his fellow rabbi who needed a turn around saw things in a new light — the world, in essence, had been turned upside down.

May we all see a new light this season and seek to improve our ways.  Shana tova to all and I hope to see you on the other side!