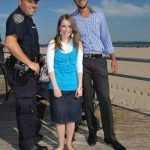 Hey Hesh, I’m sure you can help me out, as you are my go-to for all things that have to do with the frum world. Ever since I became religious I’ve started to notice that frum girls rarely stand up straight, they seem to be in a co0nstant state of slouching. I used to think it was just in pictures of girls with large chests, but since I’ve been shidduch dating I’ve noticed it more regularly in almost all of the frum from birth girls I date. What’s the deal?

Thank you for bringing this very important issue to light, sometimes I feel that the “frum girl slouch” as I have termed it is one of the leading causes of the shidduch crisis. You may have noticed that the shidduch crisis rates for frum from birth girls are about double that of girls who are converts and baalei teshuva and I think the slouch has a lot to do with it. Since the advent of facebook and the fact that stalking and fact finding on the internet is perfectly acceptable it seems that the frum girl slouch allows frum girls to be a little less honest wih pictures of themselves online.

The frum girl slouch is a little exacerbated by the Pritzus Crisis, which has begun to effect not only the Charedi world. People standing up straight are generally thought to be haughty and have a lack of tznius. Bais Yaakov’s around the world have it as an official policy that girls never stand up straight, in their older years they can also brag about all of their backbreaking labor in the home when they need to defend their higher spiritual level roles in the home. What is a feminist to do when faced with a slouching older lady who claims to have bent her back through real hard labor.

Yes, the slouch is unattractive, but since when do we look at what’s on the outside. It’s unhealthy, but leading a lifestyle of standing up straight, showing your body off and having no oral limits is also unhealthy.

Find our about the frum girl slouch on 4torah.com

50 comments for “Why do frum girls always slouch?”