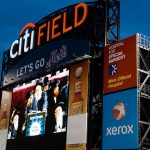 Not a day goes by where we don’t hear of a newspaper refusing to publish pictures of women, or of someone photoshopping a picture to appear more “tznius”. Why is there such an overblown obsession with keeping things tznius to the point that it’s not about what’s inside anymore and only about what’s on the outside. Of course, I’m not so sure that photoshopping a few photos or refusing to publish pictures of women is the right way to combat the epidemic of knees and sexy sheitles.

But what happened to making people feel good about themselves without always judging their outward appearance. This constant focus on tznius and pritzus can’t be doing the community any good. It’s boiled down to men not being able to control themselves and women having to pay the price by being treated with less dignity and respect than ever before. Ever notice how it’s man’s nature to be animal like and women’s nature to be on a higher spiritual level. Why then do women have to always sacrifice?

It seems that in the name of tznius things have gotten so focused on tznius that it’s at the point where people pounce on any so called breach in the guidelines of tznius. God forbid we publish a picture with elbows or knees in it, but if people have such taiva’s and desires for elbows and knees maybe it’s time to start looking at man’s role in tznius rather than always trying to persecute the ladies.

← Do you get sad on Tisha B’av?
Jewish Pluralism Means Orthodoxy Too →

25 comments for “What happened to appreciating what’s on the inside?”