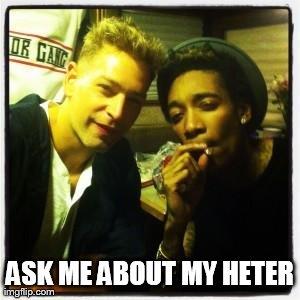 It seems that Matisyahu is trying to stick it to the frum world by going off the derech in a very public manner. First he chopped off his beard, which is almost as bad as coming to shul in those skinny jeans of his, then he cut off his peyos in a marijuana induced stupor, and finally he decided to do a show on Tisha B’Av. Until now, all of these things were reasonable heterim. If regular kiruv professionals can get a heter kiruv to hire a goya to push their kids to shul on shabbos within an eruv they don’t hold by, then surely someone as cash-strapped as Matisyahu could get a heter parnassah to play shows on such a minor fast day as Tisha B’Av and shave his beard to up record sales.  I’m not that sure about the peyos thing, but I hear Rav Moshe has a teshuva on at what length the peyos actually have to end – but eating on Yom Kippur is the last straw.

Here was his response to the question asked by stunned fans:

To those fans who are wondering why I put out my record in 3 weeks and playing show on Tisha b’av. Here is my reasoning: Besides the fact that I have Hetter if I wanted because of Parnasah and that 90 % of my fans are NOT Religious Jews; I do not see my music as a form of entertainment but rather as a form of worship. My songs are infused with ideas about destruction of Temple and rebuilding, so forth and so on and there for I believe can only aid in the coming of Moshiach.

Of course he had to revert back to his old heter parnassah for his Tisha B’av show, which made perfect sense. If only 10% of the fans are religious, what’s the point of adhering to religion – the jig is up and parnassah trumps halacha. Besides the record he put out in the 3 weeks was mostly acapella and it wasn’t live anyway. Of course the Yom Kippur thing is just a rumor, but at least the peyos thing, beardgate and tisha b’av are verified.

Photo credit to CM in SF

Find out more about Matisyahu going off the derech on 4torah.com

← Picture of the day: Hot Israeli soldier in bikini
Meet Mindy Meyer, the 22-Year-Old Orthodox Jewish Woman Running for New York State Senate With Elle Woods As Her Role Model, and Pink as Her Color →