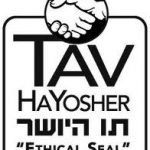 It doesn’t take a genius to see the evil doings of leftist, supposedly orthodox Jews. They try to twist Torah and Halacha to support their mostly liberal agendas and rarely do anything to benefit the Torah observant community. Tav Hayosher is an evil leftist plan to make the food business legit, if you treat your employees (not only Jewish one’s mind you) well enough for their extremely leftist and unreasonable guidelines, you can get a certificate stating so. It doesn’t take a genius to see that Tav Hayosher is evil, why should Jewish businesses have to treat their hired help properly when no one else does, we are talking about the food business here.

Of course, I’m not the only one who sees the evil that Tav Hayosher and it’s liberal open orthodox commies plan to spread over the kosher food world. We pay enough as it is for kosher certification and while we acknowledge that practices aren’t up to par, anyone with half a brain knows that if you go into the food industry you shouldn’t expect to be treated with any iota of respect. All I see is a bunch of liberal mumbo jumbo about ethics and social justice, where in the Torah does it say that illegal immigrants have to be treated with respect and provided with sanitary bathroom facilities?

The other side of the story:

The Tav Hayosher is just like the better business bureau, they check out a business to see that they are doing a good job with treating their employees with dignity and respect, they make sure the business is under orthodox supervision already and they basically give them a gold star (which is free) to tell others that you should support the business. It has nothing to do with kashrus, it has everything to do with kiddush hashem. Unfortunately, many people in the frum community believe that anything to do with social justice and ethics is an evil left wing conspiracy out to liberalize some aspect of Halacha. Of course treating your workers properly and getting a stamp of approval is a kiddush Hashem.

The folks who are bullying Tav Hayosher restaurants and businesses are despicable. Just because Tav Hayosher is left leaning, in that they support those who are usually treated poorly (trust me the restaurant industry is not known for its ethics) doesn’t mean that they are evil or any less religious than you.  Ethical consumerism is not a bad thing, if anything it supports capitalism in that it gives ethical businesses an edge in the market because of their proper treatment of labor.

I support the Tav and you should to.

← I’ve decided to stop reading goyishe books
If an FFB goes OTD and then comes back on the derech is he considered a BT? →

64 comments for “We must stop Tav Hayosher and its evil left wing agenda!”