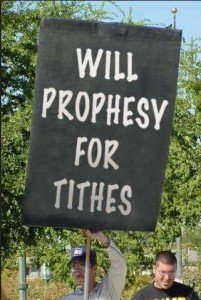 We speak frequently about the Akivan/Ishmaelian divide, a large segment of which deals with the dispute over how Israel received the Torah — either as a comprehensive, all-inclusive text at Sinai or as distinct and incomplete sections of what we would now refer to as the biblical text over time during the 40 years in the Sinai wilderness, from the time of the Exodus from Egypt until the Israelites’ entry into the Land of Canaan.  But it would be  misleading to suggest that the debate extends only to this point and no further.

In fact, there are many facets of this debate that spread far and wide to include discussions of even extra-Mosaic authorship — the most common one focusing on the last bit of the Torah when Moses is said to have died and yet the text continues to talk even though the author is seemingly dying…dying…and dead.  But even within the context of agreeing on the parts written by Moses, there is dispute as to how that might have occurred.

Take, for example, this week’s parsha, in which Moses makes no appearance until the very end when the section relating to Balak and Bilaam are over and the text moved to discuss the Israelites’ new found licentiousness with the daughters of Moab, segueing nicely into next week’s parsha, Pinchas.  If Moses wasn’t there, how was it that this section made its way into the Torah?

Moses wasn’t there when God spoke to Abraham, Isaac and Jacob, but by the time Moses was at Sinai, those conversations had already happened and God had made sure to remember exactly what had transpired so as to be able to recount the events to Moses.  But as for the prophecy of Bilaam, how did Moses know what Balak said to Bilaam and what Bilaam responded?

So according to R’ Akiva, God told Moses on Sinai what Balak and Bilaam were going to say to each other in the very same way that He told Moses what the small cohort of the Israelites would say when they came to complain about not being able to offer the Passover sacrifice due to their impurity (Numbers 9:6-14) or what the daughter of Tzelofchad would complain about (in next week’s parsha) after the death of their father (Numbers 27:1-11).  These conversations did not happen yet, but God, in His existence unfettered in a state of utter timelessness, was able to tell Moses what would be happening later on in the timeline from the perspective of human history.

These narratives make it seem as though the biblical text accounts for the actual words spoken by the people involved in the events described, but they are very brief.  The narrative of Balak and Bilaam is considerably longer than any of these other narratives, and yet we are meant to accept, according to R’ Akiva, that these are nearly the word-for-word discussions had by the characters as described.  This is all fine in the mind of God, so to speak, but once its committed to physical parchment in our finite world, it becomes a large stumbling block to mull over — that all of Bilaam’s prophecy had already been given over to Moses before Balak had even approached him for hire.

The Talmud (Bavli B Basra 14b, 4th line from the bottom) states that Moses authored parshas Bilaam, “the section of Bilaam.”  Did Moses not also author the sections of Abraham, Isaac and Jacob and the sections of Tamar and Joseph and everyone else — yet no special mention is made of these sections.  If it was Moses who wrote down the entire text of the Five Books of Moses, why must the Talmud state that he wrote the section of Bilaam?  The sages were astonished by this assertion!  One of my favorite commentators, R’ Isaiah Horowitz (the Shelah HaKadosh) asks what this could possibly mean, and answers that sometimes a prophet includes the prophecies of other prophets in his own text, just like King David inluded the prophecies of many other prophets into his work, the Book of Psalms.  One issue with this explanation, according to R’ Akiva, would be that this would be a unique example of a prophet (Moses) including the prophecy of another prophet (Bilaam) in his own text (the Five Books of Moses) prior to the other prophet even having received the prophecy yet.  In this sense, if the information has already been given over, doesn’t that constitute the prophecy?  But according to R’ Ishmael, the question is not one of prematurely accepting Bilaam’s prophecy or predetermining Bilaam’s response but only of how Moses could have known this?  Although the words of Pharaoh, for example, were Pharaoh’s own words, God saw fit for them to be written in the Torah and so told Moses to include them.  Here, too, God saw fit to include the words of Bilaam (and Balak) and therefore told Moses what had transpired.

Apparently, this was of some trouble in previous generations, for there were some who questioned the authority of this narrative, for how could Moses have known what was said between Balak and Bilaam when he was not present? (I suppose the heretics figured that the narratives of Genesis had been passed down through the generations, while the narrative of Balak and Bilaam would not have been known to any of the Israelites).  To counter these claims of inauthenticity, the Talmud (Yerushalmi Brachos 3b) makes the claim that it would have been proper to recite the narrative of Balak and Bilaam daily in the synagogue to emphasize our acceptance of the entire Torah having been given by God and written by Moses, but the sages did not want to burden the community.  This tradition is quoted adjacent to that of them having abolished the daily reading of the Ten Commandments, for they also wanted to dispel the heretical claim that, somewhat ironically, the Ten Commandments were being read every day because that was the only section actually revealed to Moses.

To be fair, though, not everyone agrees with the beraisa quoted in respect to Moses having authored parshas Bilaam — it continues to say that Joshua wrote his own book (i.e. the Book of Joshua) and the last eight verses of the Five Books of Moses, and whoever disagrees with that might very well disagree with the part about the section of Bilaam, whatever it means.  Others say that Moses wrote another text — a separate book called “the Book of Bilaam,”  suggested by the likes of Joshua ibn Shuaib, the Ritva and Menachem Zioni.

R’ Menachem Azariah de Fano maintained that this parshas Bilaam was not a separate text but a section of writing that was indeed so small that it was later incorporated into the Book of Joshua — the textual boundaries of this subsumed text is unclear, but it apparently begins with Joshua 13:15 and continues on to include at least 13:22, which makes mention of Bilaam.

19 comments for “Dvar Torah Balak: Whose Prophecies can a Prophet Prophesy?”