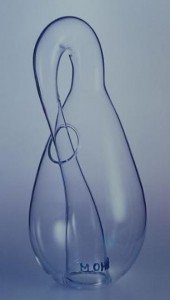 I can think of a number of examples from the film industry of future telling, and they usually share something in common: events of the future are foretold insofar as they might likely unfold considering the present state of affairs. First to mind comes Back to the Future (my favorite film): in the 3rd installment, Marty’s girlfriend Jennifer asks Doc Brown why the “You’re Fired!” fax gets erased and to sum up the trilogy’s message, he explains that the future hasn’t been written yet and it will only be what we make of it. With such a response, we ought to ask why the need arose to go into the future in BTTF2, but it’s apparent that Zemeckis and Gale were far more concerned about making money and having fun than being talmudic about the inherent plot holes.

Even such films as Minority Report and Immortal had such a clause to them: things only turn out in accordance with the prophecy assuming the present continues along the path it’s currently on. If things change, however, the future will change and these predictions become nothing more than one possibility among many potential alternate universes.

The Torah, however, is silent on the issue of how the nation at Sinai reacted to the record of the post-Sinaitic events. The movies, however, often take the opportunity of allowing their characters to perceive this record of future events in one way or another and use that as part of the plot. So, for instance, when Tom Cruise’s character in Minority Report finds out he’s going to kill someone named Leo Crow, he now has the ability to change that future by controlling his actions. So too, when Marty McFly in BTTF finds out that he wrecks his future because he’s too easily riled up by others when they call him a coward or question his courage, he’s able to modify his behavior in order to effectively rewrite the projected future and achieve a more favorable outcome.

Had Moses and Israel really received the entire Torah on Sinai, he would have been foretold of the events leading up the punishment of the spies — that they would bring back a bad report, that the nation would accept it and become distraught, that God would threaten their extermination and that the nation would ultimately be forgiven but that nearly every person above the age of 20 would die in the wilderness — and you’d think that if Tom Cruise and Michael J. Fox could get a grip on their actions when told of the ramifications, that Moses would have been able to intervene to avoid this week’s entire debacle. Otherwise, Moses’ please for God to spare the nation become nothing more than rehearsal — he’s seen the script and now is where he speaks.

It’s one thing for God to know what we will do even though we can choose to do what we want but another thing entirely to suggest that we knew what we would do and still do it when we could foresee how bad things would turn out as a result.

R’ Akiva spun his midrashic tales because, at the time, they were necessary. The people of mid-to-late antiquity (1st century BCE to 6th century CE) were quite at ease with allusions to magic, mystery and all things magnificent and were drawn to the Akivan style of biblical interpretation in which every odd word meant something fantastic and every odd phrase meant something wondrous — but we are not like that any more. With the coming of the internal combustion engine, let alone the mp3 player, we have been gripped by reason, sense and logic and we can all but see how the Akivan suggestion that the entire Torah was given at once on Sinai, decades prior to the deleterious events recorded years earlier yet not acted upon in advance to change is quite the difficult position to maintain — and so, let the Ishmaelian view prevail.

For more on midrash, Torah and Sinai, please visit 4torah.com.

← This may be my last post as a single man…
Who Are The Richest Rabbis in Israel? Also: Shocking Vandalism at Yad Vashem →