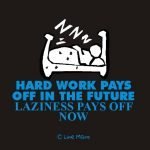 I was inspired to write this post after reading Heshy’s on the same topic. I pointed out that his list seems to apply mostly to males, so he invited me to write the female list. Just like some of his items could apply to men and women, so do mine.

A Little about Myself…

I was not raised observant. While studying Hebrew language and Judaics as part of my undergrad program, I chose to apply what I was learning to my life. I spent a little over a decade working in synagogue schools and private schools before making the decision to go into special education. I am currently subbing in public schools, in districts containing a non-existent Jewish population, while attending grad school at a small Catholic college. Both my children are now “day school drop-outs” who have received better middot training in public school than in Orthodox day school. (One daughter is special needs and it was clear by kindergarten that public school was the way to go.) Due to the current path my life has taken, I still consider myself observant but doing some of these shortcuts admittedly. I may take liberties with my interpretation of how to observe the mitzvot, but at the end of the day, that’s between me and G-d.

What Does “Lazydox” Mean to Me?

Lazydox is not the same as “off the derekh”. To be lazydox means to know the “rules” and try to follow them…through the least effort possible because you still “care”. Someone who is OTD, on the other hand, knows the rules, but doesn’t care if s/he follows them with varying degrees of shame upon getting caught by the “frumkeit police.”

You know you are a “lazydox” lady when…

* If married, you now only cover your hair for going to the mivkah and allow everyone else to admire your “natural looking” sheitel.

* Even more lazydox…taking your husband to the beach for a late night skinny dip.

* You keep “Sephardi Passover” year round and eat no chametz at home to avoid changing over your kitchen.

* You say “shehakol” and “borei nefashot” on everything you eat.

* You take advantage of the social “understanding” (although it’s not halakhah) that women aren’t obligated to daaven (and decide to not do it at all).

* You eat the gluten-free bread bought for the gluten intolerant family members to get out of washing, saying “ha-motzi”, and bentsching in front of your public school friends. [I give credit to my ten year old daughter for this one.]
* You take your keilim on that skinny dipping date…kill two birds with one stone…or is it three, with the “getting lucky” afterwards?

* You gift your new kitchen items to a non-Jew to avoid toiveling.

* If single or divorced, you arrange for meals out because you believe it’s a “man’s job” to recite kiddush and havdalah even though you know the halakhah states otherwise.

* You join your public school’s ASL choir because you can perform during s’efirah and after you are post Bat Mitzvah, there is no danger of kol isha. [Another one from my daughter…she has been spending this year making sense of public school life after leaving her Orthodox day school behind at the end of third grade.]

* The only Mishloach Manot you send go to your children’s Jewish teachers at their public schools.

* On Chanukah, you stand in the cold to watch the Chabad menorah lighting because by the time you remembered it was Chanukah, the store was out of candles.

* You keep your sukkah up all year and use it as a shed.

* You keep the TV on the same channel all through Shabbat for company since you didn’t get meal setups that week.

← Hasidic Leaders’ Threat To Keep Sick Babies Away From NYC Hospitals
Jewocity may be the Jewish yellow pages, but I couldn’t find any escort services →

58 comments for “Are you lazydox? The female version!”