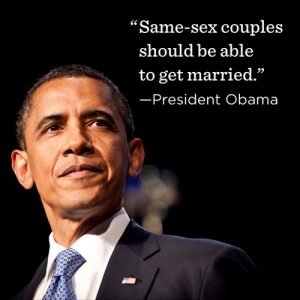 The following is a not a joke, some people actually think this….

I have said before and I’ll say it again, this country is going straight down into the toilet. We have tried to legalize every illegitimate lifestyle under the sun that is clearly banned in the Torah which all people hold by, or should hold by, but don’t realize all the shiva mitzvah halachos they are breaking. We need to educate these poor immoral liberal neshamas on the proper way for them to serve Hashem. Instead of mitzvah tanks and mivztayom it’s high time that Chabad went out and started to make goyim into shiva mitzvah benei noach baalei teshuva, maybe then they will understand why legalizing gay marriage is worse than legalizing murder, marijuana and bestiality combined.

First they want to be recognized in their false marriages and now they want to change the meaning of marriage. Do you know how much money that would cost? Suddenly, all dictionaries and any other document that explains that marriage is a union between a man and a woman would have to be destroyed because God forbid someone prius driving yuppie picks up an old dictionary on the sale rack at Crate and Barrel and get’s offended at the old definition of marriage, before it was perverted.

Don’t even get me started on the fact that gay marriage isn’t the end goal of these sicko’s. I’m pretty sure you would all agree that someone is going to want to marry their dog next…what then? Bestiality is disgusting and 100% assur, yet that’s where we are headed. Anyone who could succumb to their taiva’s like gay sex, could naturally be dragged down to further spiritual lows and want to lay with cows and other farmhouse animals. You may say I’m being a fool, but we must fight this scourge of marriage inequality that could take place should this go through. Gays may end up getting special treatment and the real marriages may end up being called unions or something of the sort.

It’s so simple to control your assur lusts, just because I want to eat treife, doesn’t mean I just go around eating treife. Just because you think you cannot marry or fall in love because of your assur taiva’s, doesn’t mean it should be allowed. I have no idea how it became such a big deal, even in San Francisco there aren’t that many gays, besides these people seem to choose a different lifestyle every day and marriage may ruin the freedom of obligation the gay community currently enjoys.

← God wants you to wear a hat – the music video
Dvar Torah Emor: Moses and the Blasphemer →