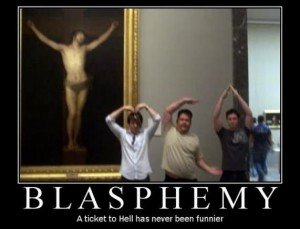 The Akivan view purports that the entire Torah was given to Moses on Sinai — general principles along with all of the particulars — but this appears to come into conflict with the closing segment of this week’s parsha.

During a family dispute, a certain man took God’s name in vain and was immediately taken to Moses and sequestered “lifrosh lahem al pi Hashem,” “until it would be explained to them through the word of God.” (Leviticus 24:12)

According to the Ishmaelian school of thought, Moses did not receive the entire Torah at Sinai and it is entirely consistent with this perspective that Moses did not know what to do at this juncture — Moses had simply not yet received word from on high as to how to deal with a blasphemer.

The Sifre, a compendium of midrashic literature that largely advances an Ishmaelian viewpoint, points out that there were four rulings that eluded Moses, one of them being the megadef (the law concerning the blasphemer).  The other three mentioned by the midrash are Pesach Sheini (the law of the Second Passover — Numbers 9:6-14), bnos Tzelofchad (the law concerning the daughters of Tzelofchad — Numbers 27:1-11) and the mekoshesh eitzim (the law concerning the wood gatherer — Numbers 15:32-36).  All of this is very consistent with the view of R’ Ishmael, for Moses only knew what he knew when he knew it — spread out over some time in the wilderness rather than concentrated at Sinai.

Things are not so simple though, for the Akivan perspective, which must explain how it was that Moses was unaware of the appropriate response to these 4 situations if he had access to the Torah, and by “Torah,” R’ Akiva means nearly anything and everything related to the codified teachings of Judaism.  The paradoxical nature of what follows from taking such a position amounts to something quite bizarre indeed.  Moses learns on Sinai the law concerning the blasphemer, and not only can he not recall this later at the actual time of the blasphemer but part of the Torah that he learned at Sinai was the narrative of him in the future not recalling what to do with the blasphemer.  Thinking about this brings back fond memories of the time I played Johnny B. Goode with Marvin Berry and the Starlighters at the Enchantment Under the Sea dance.

To reconcile their position on the unified presentation of the entire Torah with the obvious plot holes that develop, the School of R’ Akiva proposes that the incident of the wood gatherer occurred prior to Sinai but after the events at Marah, which tradition maintains included the giving over of the laws of Shabbos.  This is supported by the view of R’ Akiva which explains the special distinction of Saturday in relation to the manna as having been a function of the laws of Shabbos that had already been received by the Children of Israel.

In this week’s parsha, Rashi explains the use of the term “vayanichuhu” as specifically meaning that the blasphemer was placed livado — in solitary confinement — and not with another prisoner.  But who else would be imprisoned?  The Torah never speaks of imprisonment, other than a single time: in relation to the wood gatherer.  Rashi, in line with the Akivan view, puts the two events together chronologically, making them both before Sinai and thus eliminating any paradoxes of Moses not knowing what to do even though he had not only been forewarned how to handle the situations but had been informed, in learning the text of the Torah, that he wouldn’t know what to do.

Moses knew that the wood gatherer — identified by R’ Akiva as Tzelofchad himself (commentary of Rashi on Numbers 27:3, v’hu lo haya) — was deserving of death (Bavli Sanhedrin 78b, 13th line from the top) because of the verse (Exodus 31:14) that states so explicitly…so what was it exactly that Moses was unsure of?  Chizkuni suggests that Moses was torn over whether to sentence him to the default type of court-ordered execution, chenek (strangulation), because no special mention of another means of execution was stated by the verse, or whether he should die by skilah (stoning) because of a link to idolatry via a g’zeirah shaveh, which is punishable by stoning.

But as for the blasphemer, Moses was unsure if he even deserved the death penalty, and so he was not confined with the wood gatherer who was on death row.

This sort of chronological shifting works well for the wood gatherer and the blasphemer (even though it is the School of R’ Ishmael that applies the notion of dischronology in the apparent continuum of biblical events) but cannot be employed for the other two events that seem to expose plot holes in R’ Akiva’s version of the nature of the revelation at Sinai.   The answers proposed, though — that Moses became weak and/or forgot (Sifra, heavily influenced by the Akivan philosophy) or that he really did know but chose not to reveal the information until such time as those in whose merit the laws would be elucidated came onto the scene (Rid) — seem somewhat contrived.  Other answers are given that do not seem so strange but that extend beyond the focus of this post.

10 comments for “Dvar Torah Emor: Moses and the Blasphemer”