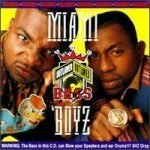 I cannot live through sefirah without listening to music. It’s mammesh a sakonoh for me since I’m addicted. I understand that we have to give up music, but why can we listen to Acapella? and why davka live music? There was no recorded music then. Can’t I listen to music that I hate? Like rap or reggae or worse, chazzunus?  I also heard from a chazzan in my shul that you can only listen to Dorian and Phrygian modes of music, as well as “freiggish” style, which is the Jewish mode, but you can’t listed to music in major or Ionian mode.  Since when did chazal know about church modes? What about sefardic music that sounds mammesh like the arabic music? Won’t that increase the suffering we are supposed to feel during sefira?

My name is YankelYoffen. I recieved my BS from Machon Leparnassah in Food Stamp Aquisition, then continued towards my Masters degree from Touro in Real Estate. I am currently working towards a Ph.D in Musicology from Touro titled “The English Collection: Literary Variations in the English Language Music of Mordechai Ben David (such as “trapped in the IRIN curtain”.)” I live in Flatbush and often drive around with Avraham Fried’s Yiddish classics blasting out of my car.

I am constantly amazed when I see the wisdom of Chazal proven by modern science. As I’m sure you know, Chazal were able to calculate the number of stars through their comprehensive knowledge of astrophysics (Berachos 32b,) and they were also aware that hemophilia is genetically passed through the mothers DNA (Yevamos 64b.) In fact, they even knew things that modern science has not yet discovered, such as that semen develops in the brain (Kehilos Yaakov from the Zohar.) Interestingly, Pythagoras knew this too, although his mesorah said that the area around the eyes creates the semen. Of course, this may simply be Ailu V’eilu Divrei Elokim Chayim, but that is a different discussion.

How does this relate to your question? Let me explain. Chazal tell us in Maseches Shabbos that when one writes a letter, “Sofo Megaleh El T’chilaso” (the end reveals the beginning.) At first your letter appears to be a simple shailah l’halacha about which types of music are muttar and assur during sefira. But at the end you write “Won’t [listening to sefardi music] increase the suffering we are supposed to feel during sefira?” This reveals that your question is really based on a major Hashkafik misunderstanding you have about not listening to music during sefira. You think that not listening to music is intended to increase our suffering. Nothing could be further from the truth. But of course, as Chazal point out, this Hashkafic question was really your question all along, because Sofo Megaleh El T’chilaso. So allow me to explain to you the real reason why listening to music is assur during sefirah.

With this understanding it is clear that all music is assur during sefirah, irrespective of whether it makes you feel happy or sad. It is music itself, not the emotions it illicits, that is assur during sefira. I encourage you to do further study of this issue, and I am impressed with the search for emes that your question clearly indicates. May you be zoche to hatzlacha in all your endeavors.

Rabbi Shlongman is not a YU graduate, spent many years teaching yehsivas in Brooklyn before a forced retirement.

There is no issue of music during sefira the issue lies with dancing. Nothing like some geshmak man on man light bulb turning action to arouse us and distract us from the galus we try so hard to forget. Sefira or not, non-jewish music is definitely asur. So Moshav band, Piamenta, Diaspora, and Shweky or any drek by sephardik and so called “Baalei Teshuvas” is not allowed.

But I need to be honest with the Talmud asking this question: Is this really what we should be preoccupying ourselves with?

We have Bleeding Nidahs Carrying Sifrei Torah, and Women Mincha services. We have Eiruvs being built allowing women to go to shul. This is the real problem we should be addressing during these reflecting times.

R’ *3 spent many years immersed in the world of Jewish music after being inoculated against music’s dangers by years of musical deprivation and mussar shmuzzen in yeshiva. One of his articles on the gadlus of frum music can be read here: http://2nd-son.blogspot.com/2010/07/jewish-music.html

Nebach, you have things the wrong way around. You think that music is muttar l’chatchila, and we “have to give up music” during sefira to add to “the suffering we are supposed to feel during sefira.” The truth is that we should never be listening to music. Music is dangerous, as your own addiction shows. It is so powerful that Hashem in His wisdom only commanded its use by the leviyim in the Beis HaMikdash, where the kedushas hamakom would counteract its negative effects.

Unfortunately, the teiva for music is very strong. Recognizing this, Chazal allowed us to bdieved listen to music composed by ehrlicher frumme yidden and to music ripped off from non-Jewish groups by ehrlicher frumme yidden who put Hebrew words to the music and pretend it’s their own song. Great tzaddikim refrain from listening to music all year. After all, listening to music may chas v’shalom lead to mixed dancing! During Sefira, leading up to matan torah and accepting the ol hamitzvos, even we who are not such great tzaddikim work on ourselves and refrain from listening to music for one month.

My rabbeim in yeshiva , recognizing that bochrim are more likely to give in to their teivos, forbade talmidim to listen to any music or to have anything in the dorms capable of playing music. While the teiva for music generally becomes less dangerous once a bochur reaches beis medrash, it seems that in your case even a single bar may tip the scale. It sounds like you’re so caught up in the yetzer hara of music that you may come to try to compose your own, and rachmana litzlan come to work on a staff, something the Torah describes as a to’evah. I suggest that you follow the daas torah of my former roshei yeshiva, and rid yourself of all music and of all devices capable of playing music.

Rabbi Talli Bahn:
I graduated from Ner Yisrael in 1984 and served as a ruv in a New England shul for 10 years until I decided to become a women. I’m frum, and I got smicha when I was a man, so it is really smicha, not like that fake Rabba stuff. Gender reassignment was pain in the groin, but I’m liking my look — I’m a tamid chochom with curves. Bite me Yentel.

You should know the whole business of not listening to music is a farce. Nowhere in the gemara does it say we should be sad during sefirah, the geonim made this up. Any good Litvak knows that you should always be sad, not just during sefirah. The truth is that you are never allowed to listen to music at all. The Mishna in Sota 48a says that singing is forbidden. The Gemara in Chagiga 15b says that Rabi Elisha ben Avuya went off the derech because he listened to Greek radio stations. The Gemara in Gittin 7a forbids all music too. Now Rashi holds that you are only forbidden to listen to music in a bar (you are certainly allowed to go to sports bars). But most rishonim agree — music is always forbidden. That’s why there is no such thing as Jewish Music. We listen to everything Chazal tell us to do. So this no-music during sfirah business is just made up. Why? They did this so that frum people would listen to NPR for a few weeks during the year. They wanted us to understand what it means to have all things considered and why Friday is a good day to learn about science.  It’s that simple. 7 weeks of NPR. If that does not make you suffer, nothing will.

Now about this business of Phrygian mode — that’s not so simple. Without Phrygian mode you would not have that rockin theme music to the classic movie Pulp Fiction. So don’t touch that. Phreygish is good stuff. And if you really want to suffer, then of course, listen to sefardic music or Shwekey. BTW, Shwekey I’m sure I don’t have to remind you: no waxing your eyebrows during sefirah. And Shekmiester, please stop kissing men — it’s kinda Telzish of you. http://www.collive.com/pics/s_nf_7958_80039.jpg That’s got to be assur during sefira too.

I’m so glad that Hashem gave me the ability to mamish empathize with so many yidden! I have to tell you – I am a big music fan myself. Of course, I remain vigilant over what goes into my ears – the Jewish music of today is so tainted with the tumah of yenah velt. Uch un vey! That said, I enjoy listening to ehrilche niggunim while I iron and prepare supper so this time of year is especially hard for me as well. I will recount a little meisah that will hopefully inspire you, and reassure you that your restraint will only lead to bracha and oilam haboh.

My 3 year old daughter takes after me and has a true appreciation for music. Not a day goes by when she isn’t either listening to Uncle Moishy or putting on her own performance for her siblings. It was last year, about two weeks after Pesach when this story occurred. I was bustling around my kitchen, making goulash for supper when I suddenly found myself humming along to “And the mess gets bigger” while my daughter (then two) was drumming along on the pots I had taken out while looking for my goulash pan. Oy vee shreklach! It was sefira and I was listening to music! Ay, so it wasn’t professionally done and probably could have given me a migraine eventually – I still sang along and enjoyed it! There must be a biological component in our brains that gives us pleasure from any sort of music – even those types you claim to hate.

Needless to say we now have a new minhag in my family: I put all the pots away during sefira and cook only things that can be made in an aluminum pan! Nu, so we don’t have chicken soup on shabbos – but the possibility of being chotei, even b’shoigeig, is too great! How cunning is that satan – he can appear even in the form of a toddler and cookware!

Teiyara neshama, forget all forms of music. Throw away your acapella CDs. Remove your car stereo if need be! My husband was so inspired by my takana he now even wears ear plugs outside the house during these bittersweet weeks until matan torah. Busy yourself with learning and mitzvois, tattela. With this, your portion will be that much larger and your commitment to kiyum hamitzvos ever stronger in time for Shavuos.

← Let the Asifa spoofs begin
Why do some frum people click their tongue before making a point? →

8 comments for “Chinuch Roundtable: I can’t live through sefira without music”