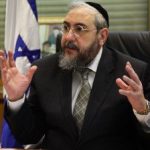 Dear Chinuch Roundtable, I recently noticed that my teenage son was spending more time online than usual. The computer is in the living room, so I’m sure that he wasn’t chas v’sholom looking at anything that he shouldn’t. When I asked him what he was doing, he reluctantly admitted that he was chatting with a girl on Facebook. He told me that they had even gone for walks together a few times.

While it’s true that in general boys and girls his age shouldn’t socialize, my son tends to be depressed and moody, and since he met this girl he’s been much happier. Should I allow the relationship to continue? Should I allow them to correspond only online, or only in person?

For some reason this question reminds me of the time my cousin sent his wife a get as a .pdf attachment from a hotel lobby in Vegas.
In that case, I believe that the internet was ruled to be a shliach, our local posek bringing AOL Instant Messenger as a proof. If that
stands true for this scenario, then we can say that the internet is a go-between, which seems like a pretty frum thing to me.
It’s pretty obvious that there is the possibility that the man would chap ahrein the opportunity to be m’vatel his zera while talking to
a woman on the internet, but this is something that can be done in person under a table, or– God forbid, if the talking leads to going to
the movies– in a tub of popcorn.
Rav Chisda admitted to masturbating, I believe, when he said that had he been married at age sixteen, he wouldn’t have to tell the Satan “Your bones should be blasted.” That he was able to wait until sixteen years of age is just another sign of the depths to which our generation has sunk compared with our forefathers. The bottom line is that we shouldn’t discredit the internet just because it may lead to masturbation. You’ll be spending your time in gehennom in the company of one of the most prominent Amoraim, and at least you wouldn’t have spread to that sweet girl the herpes your mohel gave you.
Rav Yosef M. Horowitz:
As part of our chinuch roundtable, we posed this week’s question to Rav Yosef Moshe Horowitz, Rosh Yeshiva, Yeshivas Chofetz Chlayim, a well respected yeshiva in Lakewood, NJ. (Not to be confused with Yeshiva Chofetz Chaim, a farkrumteh, modernishe ‘Yeshiva’ in Queens, NY.) Rav Horowitz is a well-known musmach of heintegeh gedolim and a pedagogue par exellance, world-renowned for his brilliant erudition and expert advice on major issues of our dor, from the shidduch crisis to the sheitel crisis.

The general taivah you’re referring to has nebech been around as long as Jews have lived in America, ubber my talmidim have told me that in the last few months there has been epes a zach called “Chatrooms”, where boys and girls mamesh sit and talk to each other with no busha bichlal. And it’s worse than that. Amul, you had to sneak around friday night to chap a schmooze with girls or get a quick handjob in the shul parking lot and shoyn, ge’endig, that was it. Today, it’s much more dangerous. Bochurim have told me that they’ve had long conversations and developed something called “feelings” for girls. These are very strong  attachments that are mamesh created inside a mensh. Niflaos Haboirei! One bochur described them as similar to kana’us, ubber fakert.

Clearly, this Online Chatting is much more serious than talking to girls in person. In fact, I saw a teshuvah included in the definitive new Chidushei Maran HaGri”z (smackdown edition, 2012), where the Rav is asked, and I’m translating directly from the hebrew, “Now that you’re in the twilight of your life, having witnessed firsthand the tremendous positive and negative impacts of so many breakthroughs in technology, what are your thoughts on the future of mankind?”, the Rav writes back, “Assur.”

I am Dan of FrumSatire infamy:

I am uniquely qualified to address this question, since I never spoke to a girl—neither in real life nor on the internet—until I was 25, and never socially (that is, not on a date) until I was 27. Thus, my opinion is unblemished by the negias of actual social interaction. Talking with girls causes all sorts of negiahs. The baalei mussar often speak about the problems with negiahs, in that it causes you to make decisions for ulterior motives without realizing it. Since I have not been tainted with these negiahs, my opinion is based on only the Torah.

The Torah’s opinion is that it is much worse to speak to girls on the internet. The reason is that if one speaks to girls on the internet, there is a fear that she may really be ugly. Then, all the zerah will truly have been wasted. However, when one speaks to girls in person, he will be careful to only speak to attractive girls, and thus there will not be any wasteful use of zerah.

It is very important to make sure that zerah is not wasted in this fashion on unattractive girls, and I wish the FrumSatire readership that all their zerah should be used only for the hottest of Chanis and chestiest of Estis.

The RaHaF, author of the Nefesh HaHesh:

This question is no joking matter, our sages of blessed memory were very serious about the internet, although many of the pre-internet gedolim have been nifter recently, many gedolim who didn’t grow up with the internet do exist and I have been told by many that the internet is a den of sin and that everything done in person is way better than doing it online. Talking to members of the opposite sex is no different.

Don’t mistake talking to members of the opposite sex as harmless, when one talks to girls in person they don’t just get undressed and get to it. The internet has made it easy to chat with girls in the nude, that girl on facebook has no idea that you are wasting seed to her vast amounts of untznius pictures as you discuss your chol hamoid plans.

To put it bluntly, because I did so in my sefer Nefesh HaHesh, talking to girls directly is less of an issur because it’s harder to waste seed or get some from someone in person. The internet has taken away the shame and one is more likely to waste seed or be involved in some internet cyber sex. Also when one talks to women on the internet, they tend to be taken out of reality and are more likely to look at illicit sites should the internet friend prove to be unavailable for his needs. This goes into my theory of why it’s better to attend strip clubs than look at porn on the internet, but that’s for another discussion.

Hi, I’m Rabbi Talli Bahn:
I graduated from Ner Yisrael with Smicha in 1984 and served as a ruv in a New England shul for 10 years until I decided to become a women.  I’m still frum, and I still call myself Rabbi since I really have smicha. But my shul fired me because I tried getting an Aliyah on Simchas Torah. I’m sorry, I forgot I was a women. Even though I did not dance with the Torah, they fired me. Jerks. My greatest contribution to the olam hatorah was my halachic analysis of the the person who has sex with his clone — is it considered masturbation or incest?
Heshy asked me to comment on this very important question. So let’s start with some sources. The gemara in Kiddushin 70a and 70b says that men are not allow to talk to women, they cannot say hello, and they cannot ask someone how a woman is doing. The gemara in Bava Metzia 87a agrees that you are not allowed to send a greeting to a woman. But that’s just the gemara. Do we pasken like the gemara?  Well, the Rif brings down the statement “ain shoalim bishlom isha clall, viafilu al yiday shaliach”  And the Rambam (hilchos bihah chapter 21 halacha 5), Tur and Shulchan Aruch (Even HaEzer 21:6) agree. So the halacha is pretty clear. A man is not allow to speak to a woman. You should know that when I was going through my gender reassignment therapy I was very makpid not to speak to myself since I was very careful on this halacha.  But most people are not. And this is the problem I have with Orthodox Judaism.
If you ask anyone what the difference between frum people and those who are Ch”vSh conservative, reform, or worse, modern orthodox, they will tell you that frum people keep halacha, but the rest of the Jews just pick and choose those halachos that are convenient for them. Well, this is the great lie. Even frum people pick and choose too, they just pretend they don’t. Most have decided to throw away the Rambam, Tur, and Shulchan Aruch and they allow men to talk to women. A shanda. But this is clear proof to the hypocrisy that is our religion.  No, I’m not bitter. Not me. Baruch Hashem now that I’m a woman, no one in the community talks to me anymore — and in this way I’m helping people keep the halacha. See, I’m a good Rabbi, not a bitter betty bucher bitch.
As far as the other question — which is a greater shanda, to speak directly or online? — it’s very simple.  Speaking online is much worse. When you are speaking directly, you know  that you are committing an issur mamesh. You are spitting on halacha while you hope to swap spit with the zona you are speaking to. But when you are online, you think it’s OK — like being online is a chatziza or something. And this is worse, since you fool yourself to thinking it’s not an averah. Since I was a man, I know what the taivah is all about. We just want to bang babes. The halacha is clear — you do it without talking and maybe she wont even notice.
Rabbi Talli Bahn.
If you would like to participate in the Chinuch Roundtable please send an email to me, also if you would like to have your halachic, hashkafic or general Jewish questions answered by these and other experts and Rabbis of the chinuch roundtable please email me at [email protected]
I want this to be a weekly event and I have received more than enough folks who want to take part, unfortunately only one girl (I’m more modernishe and so I want ladies to be involved in this project too) We also could use some questions so please do not hesitate to email or put them in the comments.
A big Yasher Koach to Chef Bernstein for coming up with this brilliant idea.

← Why We May Never Know Which 85 Ultra-Orthodox Men Were Arrested for Child Sex Abuse
Is the Internet Asifa a scam? →

13 comments for “Chinuch Roundtable: Is it worse to talk to girls online or in person?”