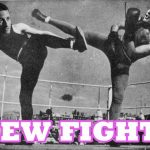 San Francisco may be a black hole of Orthodox Judaism, but the lackluster numbers of shomer shabbos and shomer kashrus Jews have never stopped them from dissing one another for not being as frum as they can be. In fact, San Francisco is home to a very interesting breakaway shul in the Sunset District. The Young Israel of San Francisco is just about the smallest and most shteeble-like Young Israel I’ve ever seen and just about everyone who attends the shul is in one way or another connected to the infamous Hebrew Academy, which makes it’s students on scholarships sign contracts that keep them from davening across the street at  Adath Israel the largest Orthodox shul in San Francisco.

I’m not sure if the story is accurate, but apparently the Rabbi of the shteeble got into a fight with Adath Israel back in the day over the height of the mechitza. Of course, as some right wing manical frummies are, instead of preaching achdus, ahavas Yisroel and shalom – he made his own shul instead. Like many breakaway shuls, it had to be directly across the street. This past Friday night, was the first time I’ve ever been inside. We didn’t have a minyan, they didn’t have a minyan – both rabbis were out of town. So we went over there and for a breakaway shul full of Russian high school kids it was quite leibadick, enough that one congregant said he may have to hit them up for Friday night more often.

Are breakaway shuls a good thing?

From the surface it seems that breakaway shuls would be a bad thing. Someone got into a fight, someone broke off and there are bad feelings. This sounds like a problem right? Well, I think it depends on the community, in the Bay Area it’s completely uncalled for and any breakaway shul that continues to operate seems very ignorant in my mind. The breakaway shuls in San Francisco and San Jose only have shabbos and yuntiff minyanim and the congregants rarely mix with each other, in such a small community, it seems asinine to keep up such stupidities for so many years. But people have egos and some people don’t want to bend their ideals…which you kind of have to when living in any type of community. It’s never going to be your way or the highway, that’s just not the proper way for a frum Jew and it’s not a way to foster community.

58 comments for “Does your community have a breakaway shul?”